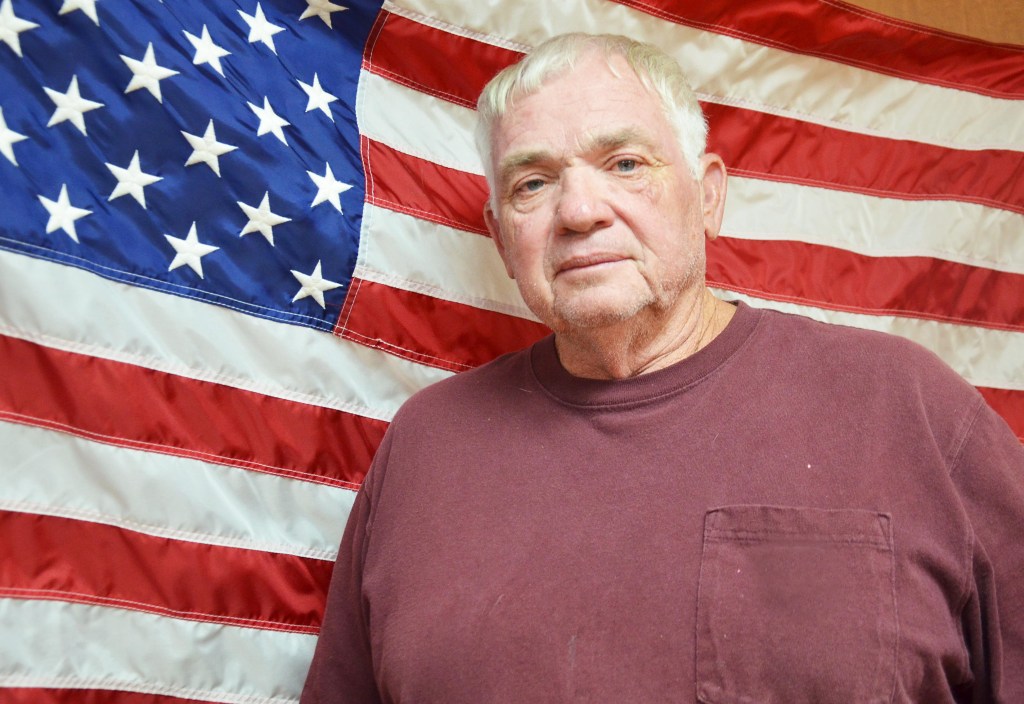 Don Renfroe joined the military at 17 years old, following in his father's footsteps.

Age 17 is often a time of uncertainty.

But Don Renfroe was certain of one thing: he did not want to go to college.

Even though college was his mother’s desire for him, he had the idea that Uncle Sam wanted him. So, he went to the Army recruiting center and got the necessary papers to be a solider.

“I was underage to join the Army, so my parents would have to sign for me,” Renfroe said. “When I got home with the papers, my mother read every word on every page. She said she wouldn’t sign. Daddy didn’t even look at the papers. He handed them back to Mama and said, ‘Sign the papers, Mildred. You don’t understand and never will.’

“My daddy, Max Renfroe, served in World War II, four years in the Pacific,” Renfroe said. “He was proud of his service. He went through hell, but he was a patriot and would have gladly gone back to fight for his country anytime until the day he died. That was the mindset of that generation, the Greatest Generation.”

Young Don Renfroe joined the Alabama National Guard and was training with an active duty unit in Fort Hood, Texas.

“That unit was activated and was going to be sent to Vietnam and I volunteered to go,” Renfroe said. “But the commander said that he wasn’t going to have ‘no sorry ass National Guardsman’ go with his unit.”
Renfroe was disappointed and perhaps more than a little angry. However, he stayed in the National Guard and when to college for a while, “for Mama.”

While serving with the Alabama National Guard, Renfroe was deployed three times, including to Operation Desert Storm.

“I was proud of the chance to do more for my country. Being deployed gave me peace of mind,” he said. “I received a Bronze Star and I was satisfied that I had done my job, my duty. I had finally done what I felt like was service to my country. I spent a lot of years proving that I was not a ‘sorry ass guardsman.’”
Renfroe said he doesn’t have a son but he has grandsons and, if he were called upon to sign papers for them to join the military, he would do so without giving it a second thought.

“Even knowing the alternatives – what could happen, I would sign for them just like my daddy did for me,” he said. “Patriotism is what makes this country great and, generally, young people today are not patriotic the way my daddy’s generation was or even my generation. Serving your country gives you a sense of pride and, like my daddy said, it instills in you something that I can’t explain. It something that you feel inside. I guess you call it patriotism.”
Renfroe’s parents’ house burned and all of his dad’s military records were destroyed. Years later, he was going through an old, almost forgotten trunk, and found a Bronze Star that his dad received.

“My daddy received a Bronze Star in World War II and none of us knew anything about it,” Renfroe said. “He kept that to himself. He was just that kind of man.”

But the Bronze Star cemented the bond between father and son.

“I admired my daddy as a soldier and as a man. I wanted to be like him,” Renfroe said. “The Bronze Stars put us in the same category – as American patriots,” he said. “I just hope I can be the man and the patriot that my daddy was.”