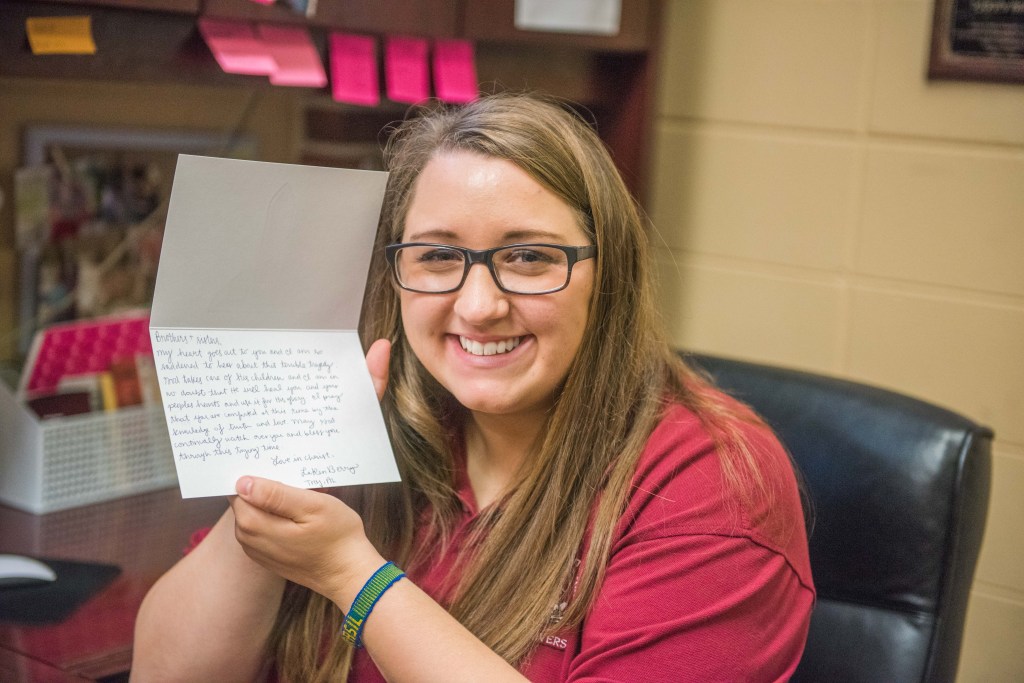 “I pray that you are comforted at this time by the knowledge of truth and love. May God continually watch over you and bless you during this trying time.”

Those are a few of the words Laken Berry penned to the families and friends of those lost in the mass shooting at First Baptist Church in Sutherland Springs, Texas on Sunday.

26-year-old Devin Kelley walked into the church during their morning service and opened fire on the congregation, killing 26 and leaving another 20 injured.

Berry, vice president of legislative affairs at Troy University, and the rest of the SGA is now trying to reach out to those impacted by the tragedy and is encouraging the student body and local community to get involved as well.

“One of our senators, Sydney Cox, had aheart for what happened and wanted to reach out,” Berry said. “We know in this situation there is not much we can do physically for them, but we wanted to do something tangible, so we started this small campaign so we can physically show them we care about them.”

Berry wrote the first letter of what she hopes to be many that will be sent to Sutherland Springs next week to lift up those affected by the tragic incident.

“We’re collecting letters now,” Berry said. “The SGA office has a box out for people to submit letters. Anyone in the community, students – anyone that feels they want to write a letter is welcome. Hopefully we’ll be sending boxes or at least a large envelope showing how much Troy University cares for them.”

Berry said she personally wanted to reach out to her fellow Christians that were suffering.

“I’m upset that these things have been happening in the United States and around the world,” berry said. ”This is something that shouldn’t happen in a place of worship – or anywhere for that matter. I just wanted to support them and let them know they can lean on God and because of faith we don’t have to be sad and hopeless.”

Berry said the SGA will be taking letters for the next week.