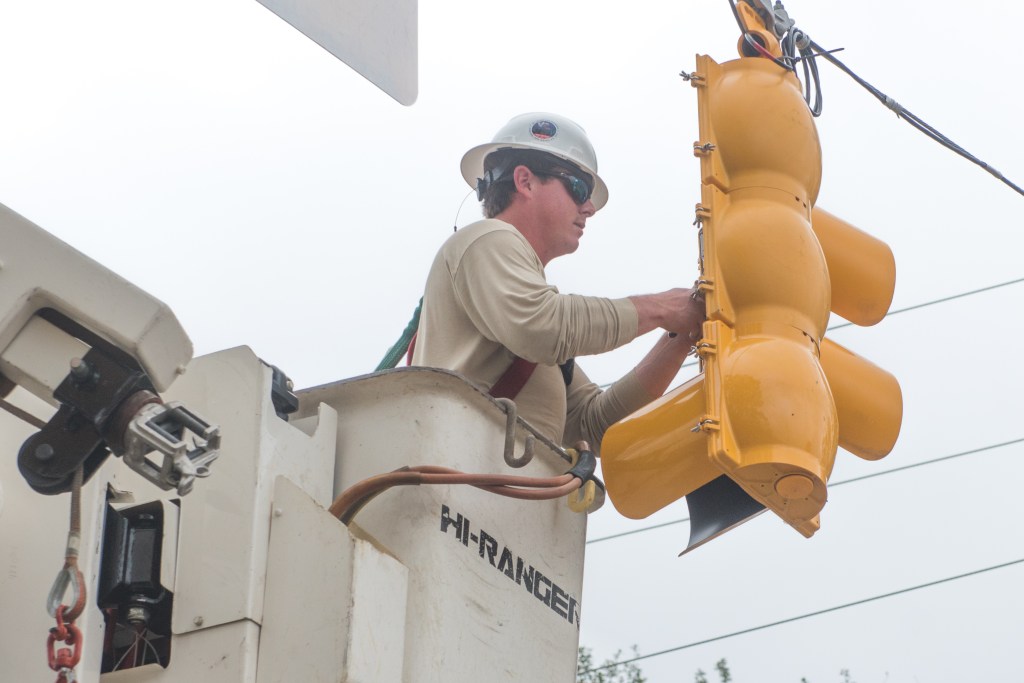 A Troy Utilities worker installs an emergency traffic light at Fire Station 2 Wednesday to control traffic as fire trucks pull in and out of the engine bay.

Firefighters at Fire Station 2 will have one less thing to worry about when responding to calls after the installation of an emergency light on George Wallace Drive.

“We’ve been discussing this for several months now and just finally got everything in a row,” said Michael Stephens, Troy fire chief. “It will be controlled with equipment inside our trucks so that when we’re pulling out or backing into the station, we can activate that to make it safer for the firemen and the public.”

The light was installed Wednesday and Stephens said it will be operational soon. Stephens said the light will flash for the first three weeks it is in use to alert drivers that there is now a light there.

The light will only turn red on emergency calls.

“Trucks going on non-emergency run will not activate the light,” Stephens said. “It will only be used for emergency calls and for backing into the station.”

Stephens said the light was much-needed safety feature at the station.

“It’s pretty difficult any time you have to back in to the fire station off of a road as busy as George Wallace Drive,” Stephens said. “It’s very dangerous for the firemen and for the people driving. Thankfully, we’ve never had an accident there, but this will make it a lot safer for us and the public getting in and out of this station.”

Signage will also be put up to let drivers know there is an emergency light ahead.