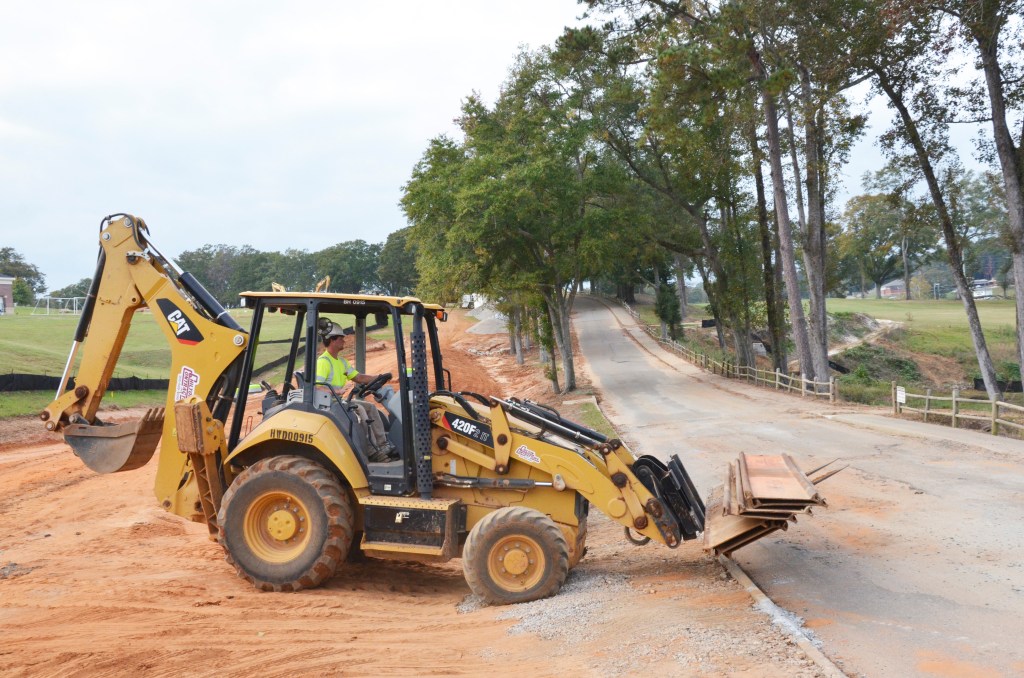 Work has begun on McKinley Drive, shutting down the portion of the road from the roundabout to the entrance of Trojan Arena. Detour signs are up to direct residents around the construction, a $2.8 million project to widen the road to three lanes primarily funded by the Alabama Department of Transportation and Troy University. Trojan Arena will be accessible from the George Wallace Drive side for this portion of the construction. The second half of the project will reverse that by closing the road from George Wallace Drive to the entrance of Trojan Arena and opening the portion from the roundabout to the entrance. Above, a construction crew member works on the road on Tuesday afternoon.