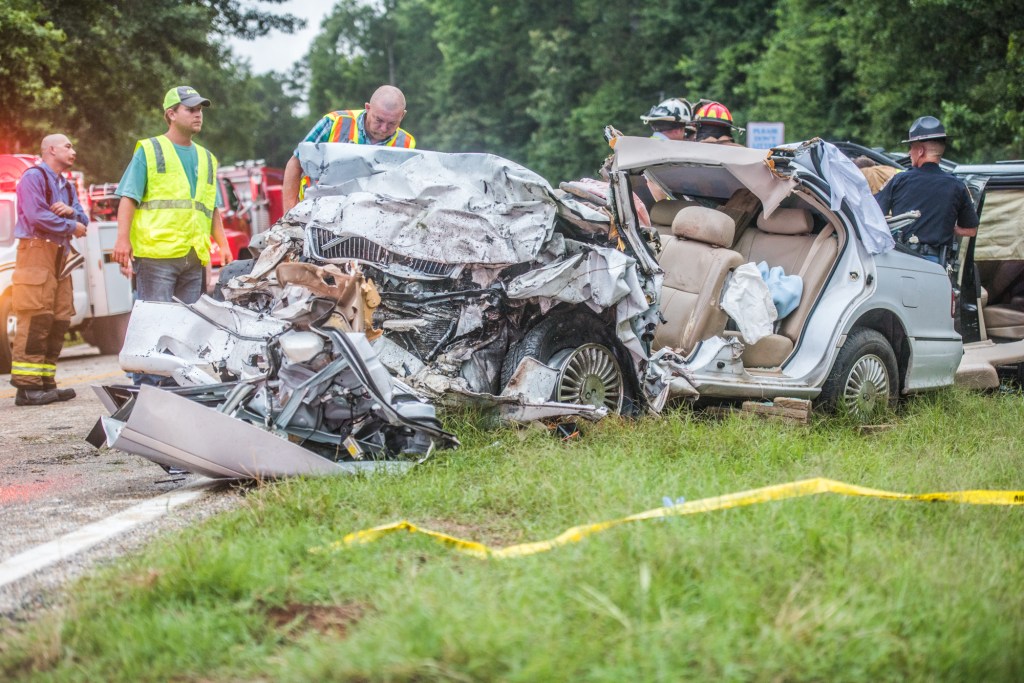 File Photo Kathy Ingram Harden of Banks was killed when her vehicle, pictured left, collided with a vehicle driven by Jamese Stantley of Union Springs. Stantley was indicted on manslaughter in the incident and arrested Friday.

A Union Springs woman has been indicted and charged with manslaughter in a fatal wreck that occurred in June near Josie.

Jamese Coretta Stantley, 23, was arrested Friday after being indicted a week earlier on the manslaughter charge.

Stantley was the driver of a 2007 Yukon GMC that collided head-on with a 1998 Infiniti I30 driven by Kathy Ingram Harden, 69, of Banks. Harden was pronounced dead at the scene of the accident, which occurred at approximately 5:15 p.m. on June 1, 2017, un U.S. Highway 29 about 8 miles north of Banks.

“We decided not to seek a warrant until we knew the circumstances and get information from the crash data recorder,” said District Attorney Tom Anderson. “We made a direct presentment to the grand jury and gave the option of manslaughter, criminally negligent homicide or nothing at all. They chose manslaughter.”

Anderson said the toxicology results came back negative on Stantley, but the crash report by the Alabama State Troopers showed that she was travelling well over the speed limit.

“She was going about 85 miles per hour in a 45 mile-per-hour zone,” Anderson said. “And around a curve where the suggested speed limit was 25 miles per hour. She was familiar with the area.”

The crash report shows that Stantley came around the curve and came completely into the opposite lane of travel when she collided directly head-on with Harden’s vehicle.

Stantley received minor injuries in the wreck and was transported to Troy Regional Medical Center at the time.

Manslaughter is a Class B Felony under Alabama law, while criminally negligent homicide is a Class A misdemeanor.

Class B felonies are punishable by up to 20 years in prison.