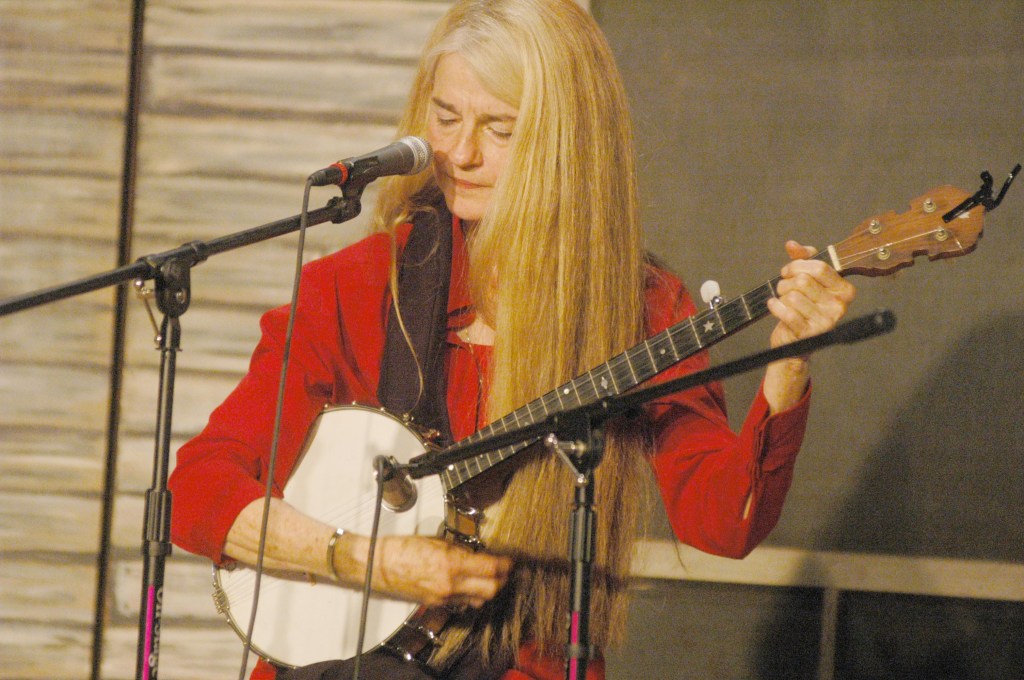 Sheila Kay Adams performs during the 2011 Pike Piddlers Storytelling Festival at the We Piddle Around Theater in Brundidge, Ala., Friday, Jan. 28, 2011. (Messenger Staff Photo/Thomas Graning)

More than 10 years ago, nationally acclaimed storyteller Sheila Kay Adams took the stage at the We Piddle Around Theater in Brundidge and began what has become a storytelling tradition in the small, rural community.

On Friday, December 8, Adams will returned to the We Piddle Around Theater as the featured performer at the Brundidge Historical Society’s Chili Country Christmas storytelling event. Tickets are $20 and may be purchased by calling 334-344-9427. Tickets include the pre-show, a homemade chili supper with all the trimmings and the performance by the award-winning storyteller and ballad singer from the mountains of Western North Carolina.

Steed said Adams has performed at the We Piddle Around Theater and the Pike Piddlers Storytelling Festival.

“Sheila Kay Adams has been to our storytelling events a half dozen times or more but it has been a while since she has been here,” Steed said. “That’s because she has been touring in places like England, France and Australia. And, she has been just as busy picking up awards.”

In 2013, Sheila Kay Adams was a recipient of a lifetime National Heritage Fellowship from the National Endowment for the Arts, the highest award presented to traditional artists.

The award winning traditional artist performs at major storytelling and folk music festivals across the country. This summer, she once again performed at the Smithsonian Folklife Festival and was the keynote speaker at the festival’s first USCIS Citizenship Ceremony.

“All of that and more is why Sheila Kay Adams has not performed recently at the We Piddle Around Theater and that’s why we are so excited to welcome her back,” Steed said. “She will also be one of the featured tellers for our 2019 Pike Piddlers Storytelling Festival the last weekend in January, when we celebrate our ‘Storied Past’ as an event of Alabama’s Bicentennial celebration.”