Peanut Butter Festival weathers the rain for another successful year 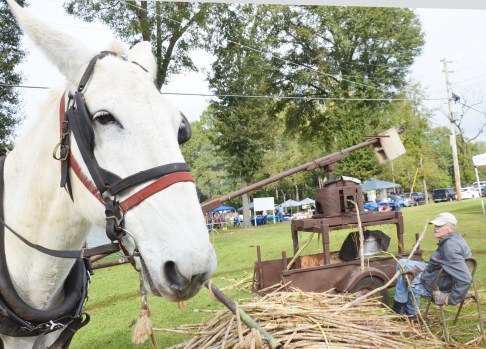 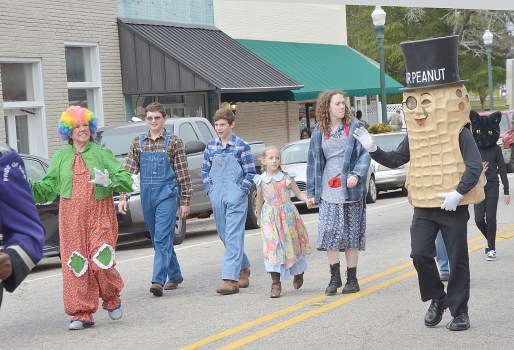 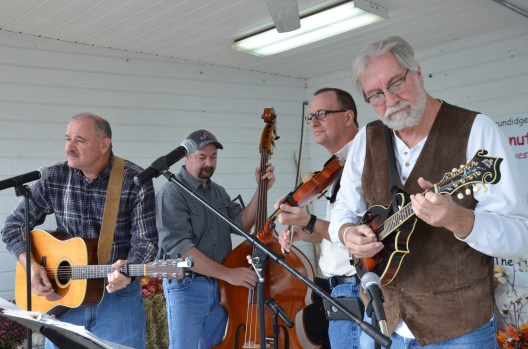 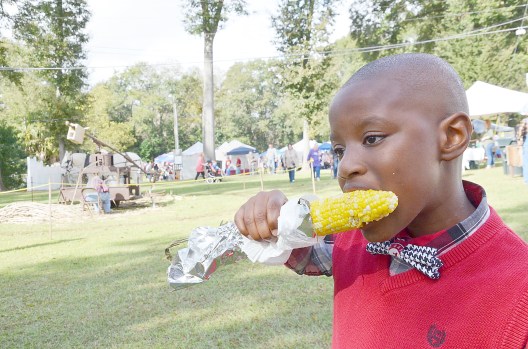 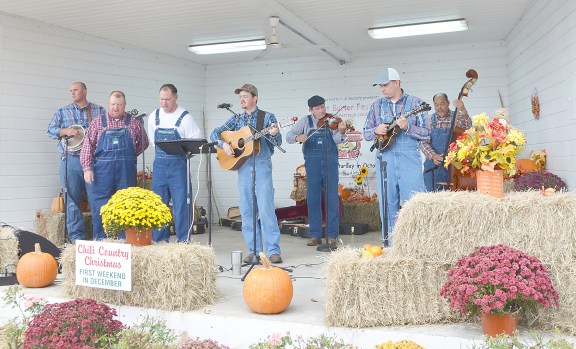 The 26th Annual Peanut Butter Festival in Brundidge Saturday once again was an opportunity to “come back to the way it used to be.”

Although weather forecasts were for rain and more rain, the sponsoring Brundidge Historical Society’s attitude was “if it rains, we get wet.”

Mernette Bray, BHS vice president, said one of the festival’s most popular T-shirts read “Neither rain nor hail nor …” with a picture of a peanut stack standing in the way of a tornado.

“One year, we did have a hail storm and threats of a tornado but we’ve ‘weathered’ it all,” Bray said. “In addition to the inclement weather, it was also Troy University’s homecoming. Some of the vendors didn’t want to take a chance on the weather and we understood. But we had a large variety of arts and crafts and food vendors. We had demonstrations including a mule-drawn cane mill, corn grinding, butter-churning and broom-making, pottery and woodworking.”

Bray said the entertainment was outstanding with the Benton Brothers and Company, The Harris Brothers, The Shiloh Mountain Boys and Unity.

“We had a good crowd throughout the day and good parade participation with a lot of nuts and a successful 5K Run early in the morning,” she said. “All in all, it was a good day and we are already making plans for next year’s Peanut Butter Festival as we focus on Alabama’s Bicentennial celebration.”

Bray expressed appreciation to those who worked to make the Peanut Butter Festival a success and to all who supported the festival with their participation.

“The Peanut Butter Festival is a community-wide event and it’s free,” she said. “It’s something that the Brundidge Historical Society can do to bring people together for a time for friendship and fellowship and it not cost them a dime.”