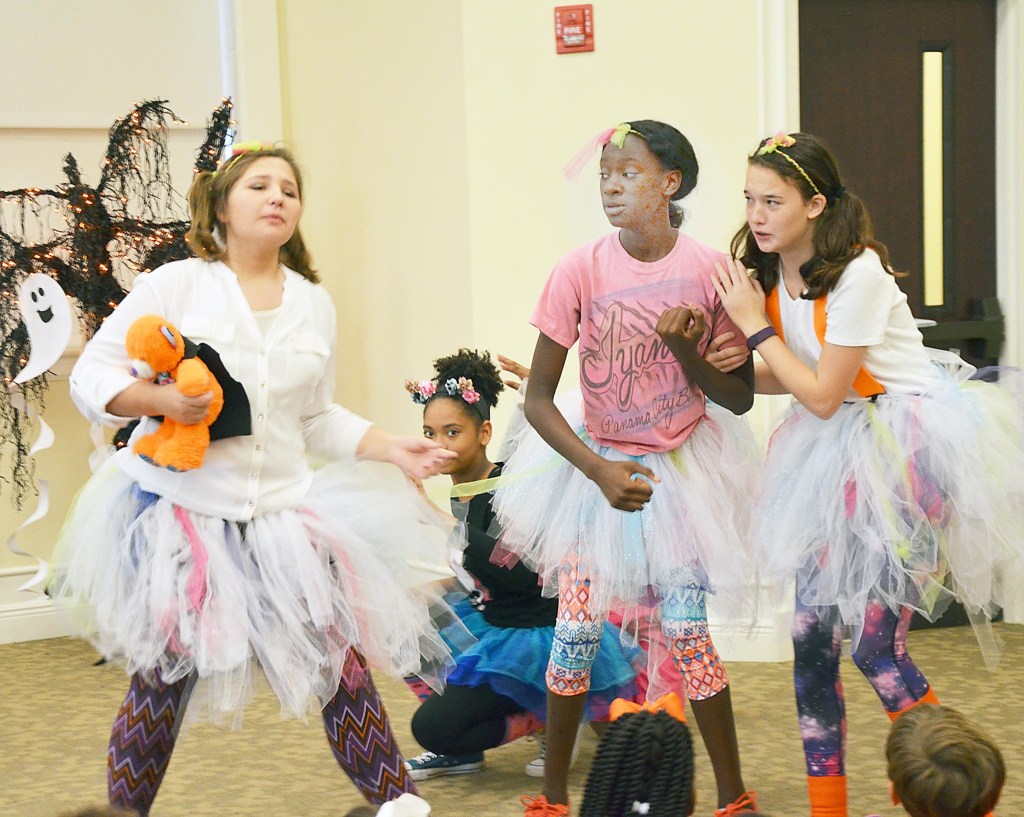 The Charles Henderson Middle School drama class acted out “The Three Little Ghosts” Friday at the Troy Public Library for students of the Hank Jones Early Childhood Center. Above from left, Anja Lieb, Lyanna McLendon and Sadie Leverette act out the parts of the three ghosts.

Teresa Colvin, TPL children’s librarian, said the she welcomes the opportunity to bring young children to the library for events like “The Three Little Ghosts.”

“For some of the children, this might be their first visit to our library,” she said. “For all of them, it’s brings awareness to the large collection of children’s books that we have and exposes them to the performing arts as well.”

Jenny Meadows, CHMS theater teacher and play director, said the drama class is an elective for the CHMS students and they were excited to have an opportunity to hone their skills and perform before an audience of kindergarten students.

“Some of the students work behind the scenes on costumes and sets,” Meadows said. “What they do is just as important and necessary for the performance at those who go on stage. They all did an excellent job and I am proud of them.”

Meadows said “The Three Little Ghosts” is adapted from the script of the Troy University Pied Pipers that was organized and directed by Dr. David Dye for many years.

Following the performance, the drama students led games for the kindergarten children, including Witch Ball and Limbo.