FUN IN THE FALL: Halloween or harvest, holiday offers something for all 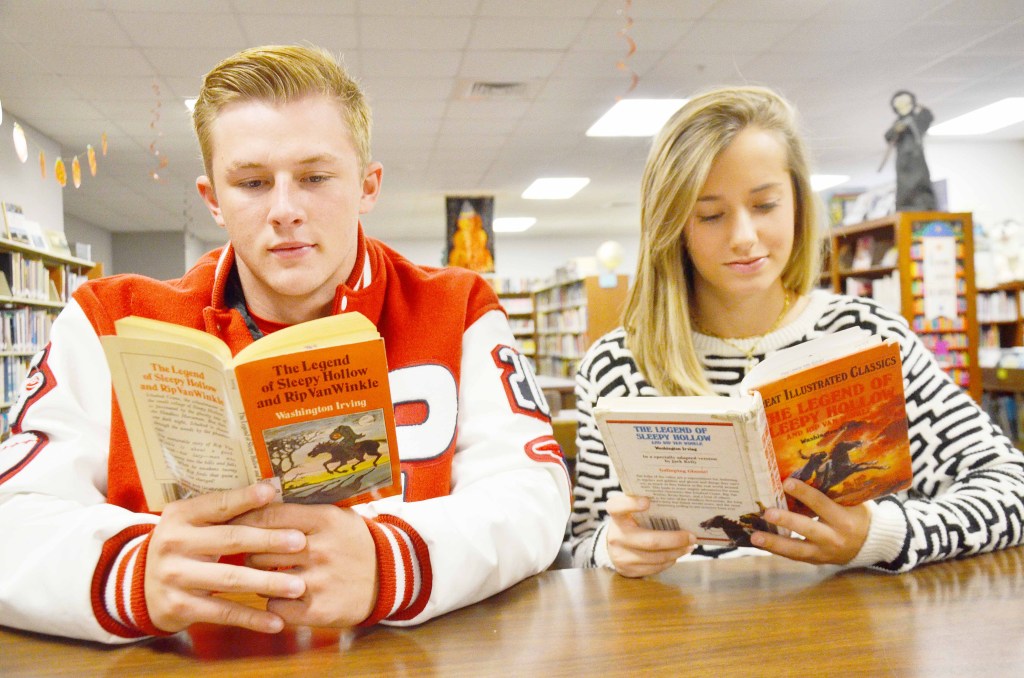 The walls of Pike Liberal Arts School are covered with students’ seasonal pictures of pumpkins, haystacks and scarecrows. The school library has a large variety of harvest time books and also books about Halloween, from “It’s a Great Pumpkin, Charlie Brown” to “The Legend of Sleepy Hollow,” which Reed Johnson and Anna Lott found timely and interesting.

In the 21st century, “It’s the Great Pumpkin, Charlie Brown” has edged out “The Legend of Sleepy Hollow” as the most popular Halloween story. And that’s understandable since the story of Washington Irving’s Headless Horseman was published in 1820 and it was more than 100 years later that Charles Schulz gifted Charlie Brown with the “Great Pumpkin.”

Pike Liberal Arts students, senior Reed Johnson and junior Anna Lott, are much too young to be frightened by Irving’s classic Halloween tale and too old to be card-carrying members of the Peanut’s gang. However, they said they are neither too old nor too young to enjoy the harvest time celebration that is considered either wicked or wacky, depending on who’s “considering.”

Reed and Anna said, recalling memories from their not-so-long-ago childhoods, Halloween is a three-letter word: F-U-N.

Reed said, as a youngster, he took a plastic pumpkin to collect his treats when he went trick or treating. Then he smartened up.

Dressing up for Halloween was, for them, a fun thing and an expected thing to do.

“Almost always, I was a princess,” Anna said.  A few times, I was a fairy and one time I was a cat. But ghosts and witches and things like that scared me. So, I was a Halloween princess.”

As a little kid, Reed would get up early on Saturdays to watch the Power Rangers on television so on Halloween, he became a candy-loving Power Ranger.

Hayrides and haunted houses were favorite ways for night frights for both Anna and Reed. However, he would rank haunted houses, especially those with chasing chainsaws a-buzzing, number one. Anna would opt for hayrides and shy far away from haunted anything.

But both Anna and Reed said there was nothing as frightening as a fun-loving neighbor who would dress for Halloween and hide in the hedges to jump out and terrify little kids when they came trick or treating.

“We never knew when somebody would jump out and scare us,” Anna said. “Being scared like that was fun.”

Reed said it’s fun to be scared but only if you know that it’s not real and nothing is going to hurt you.

Although, in today’s world, there are few witches and ghosts going house to house begging for treats or threatening tricks, there’s just something eerily fun about a cold, dark October night when the moon hides its face and an owl hoots and a black cat howls and it’s Halloween.