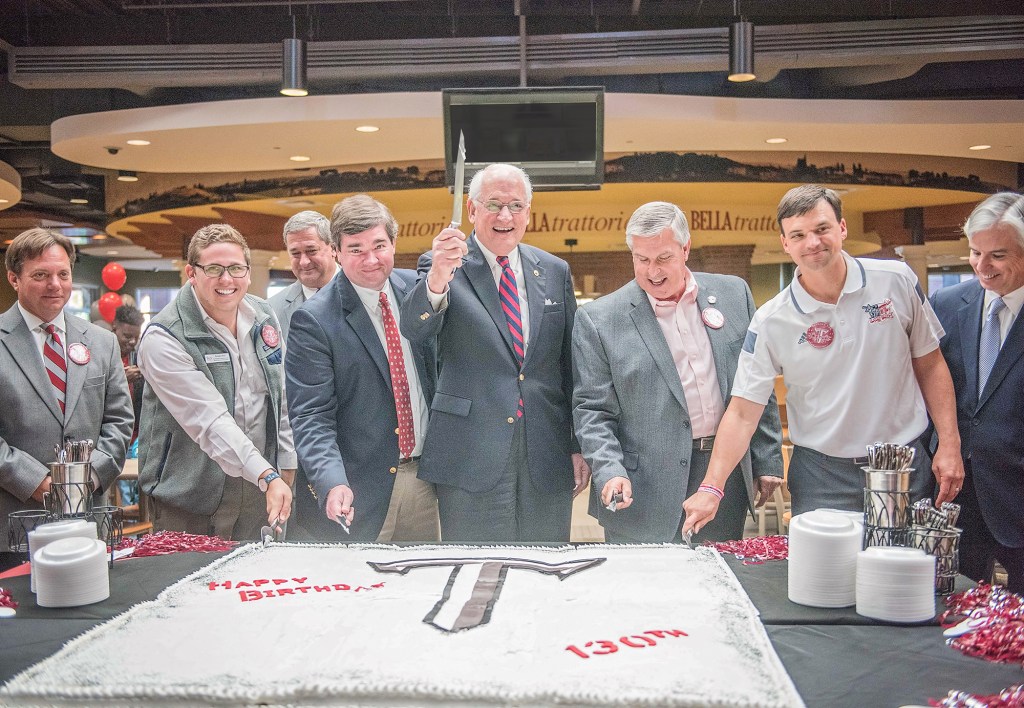 “Several schools started in 1887, but I think Troy is the best,” Hawkins said. “In 2012, we discovered a hidden motto from when the school was founded. It was to ‘Educate the mind to think, heart to feel and the body to act.’

“We realized that motto is as fitting now as it was when the school was founded. Except one of our professors, Dr. Mike Orlofsky, suggested we make one addition. So now it reads ‘Educate the mind to think, the heart to feel, the body to act and the spirit to soar.’ I think that the Troy spirit will continue to soar for the next 130 years.”

Hawkins, Reeves, Dick, Hopper and Brown then cut into the massive cake as students sang “Happy Birthday” to the school.

Founded in 1887 with a mission of providing training to future teachers, Troy University has grown into a global institution that provides higher education to nearly 20,000 students at four campuses in Alabama and numerous worldwide teaching sites.