Nobody injured in wreck on railroad tracks near Banks 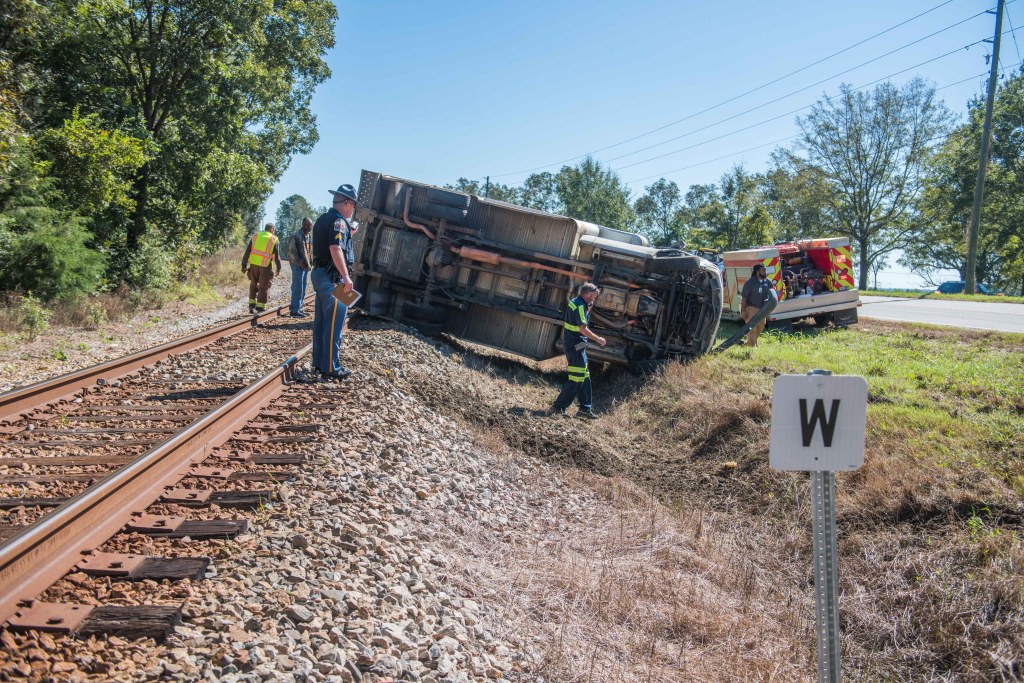 MESSENGER PHOTO/ JONAH ENFINGER State troopers and fire department officials survey a wreck that occurred at approximately 11:30 a.m. Wednesday near Banks. The truck overturned on top of the railroad tracks alongside U.S. Highway 29.

Nobody was injured when a box truck carrying oxygen tanks ran off the road and overturned by an active railroad Wednesday afternoon.

The 2006 Ford E450 Farmer was driving left the roadway and flipped onto it’s side with the tail of the vehicle hanging precariously over the tracks. Law enforcement officials were able to contact CSX and stop the trains before any more damage could be done.

The truck was also carrying oxygen tanks, which were not damaged in the wreck.

Nothing further is available as Alabama State Troopers continue to investigate.