Leach wins Best in Show at Art of Being Southern Exhibition 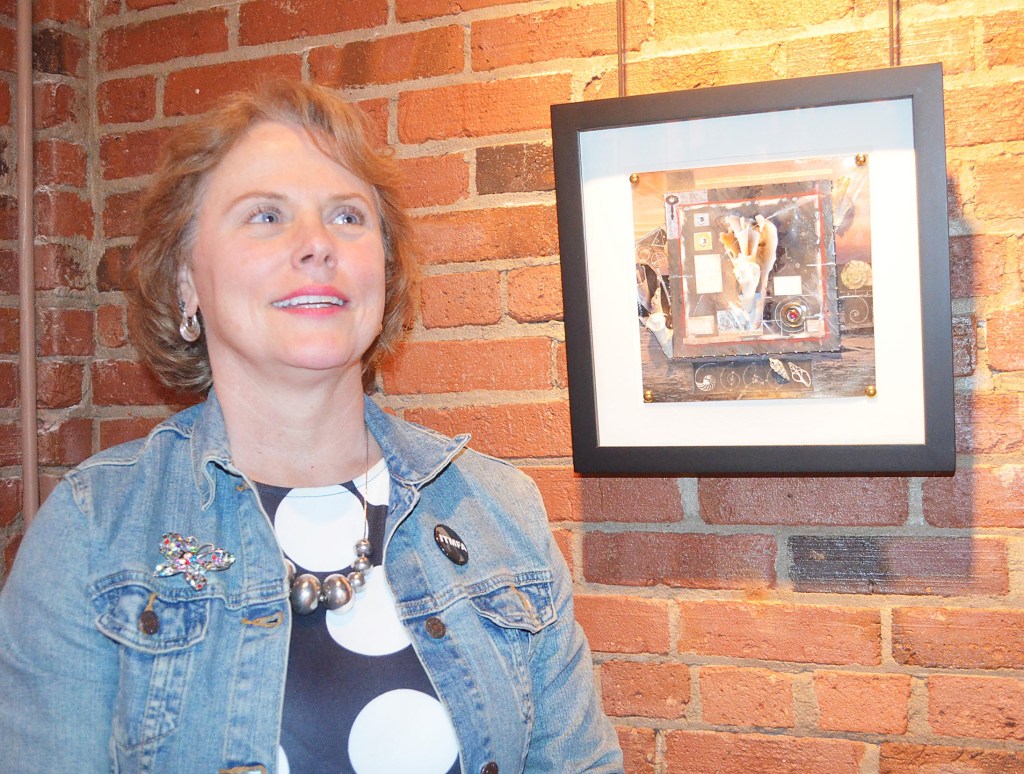 The Johnson Center for the Arts hosted an artists’ reception Thursday for the artists entered in The Art of Being Southern juried exhibition. The Best of Show Award was presented to Beverly Leach of Ozark. Fifty-six artists from five states have 97 works in the show.

Beverly Leach of Ozark was awarded Best of Show at the Johnson Center for the Arts’ first juried art show titled “The Art of Being Southern.”

The award was presented at a reception for the participating artists Thursday night at the Johnson Center before a large gathering of artists and community members.

“It was a magical night at the Johnson Center,” said Wiley White, JCA exhibitions coordinator. “Everyone was so complimentary of the exhibition and so impressed by the quality of the artwork and how The Art of Being Southern was expressed in so many ways and through so many mediums.”

Leach was awarded $1,000 for “Beach Ratios” which captured Best of Show. Alisa Koch of Montgomery was awarded the Board of Directors’ Award. She received $500 for her entry titled “Afternoon on the Marsh.”

Juror Awards were presented to Carrie Ann Parks of Chattanooga for “At Home with a Blackbird,” Larry Percy of Troy for “Stars Fell on Alabama –Crater Lake,” Christopher Payne of Montgomery for “Of Wax and Wing,” Madelyn Carr Bonnett of Columbiana for “Little Shop of Memories,” Warren Simons of Montgomery for “Lanes Cove,” Jerry Johnson of Troy for “The Joyous Exchange: Celestial,” Mimi Boston of Birmingham for “At the Gulf” and Amy Findley Bowers of Elba for “4 Alarm BBQ.”

The juror award recipients received $250 each.

“The artwork in The Art of Being Southern is diverse and the artists have demonstrated their ability to meet and exceed the unique challenges required to participate in this exhibition,” said Bill Hopper, board chair of the Troy-Pike Cultural Arts Foundation. “Each entry had to be ‘Fourteen by Fourteen’ inches and these artists were able to capture the Art of Being Southern in that restricted space in marvelous ways.”

Hopper expressed appreciation to all artists who participated in the show and to all of those in attendance at the artists’ reception.

“Everyone is excited about the show and this will continue to carry over into the community and beyond,” Hopper said. “This is great time for the arts in Troy and Pike County.”

“The Art of Being Southern” juried art show will run through November 10. JCA hours are 10 a.m. until 5 p.m. Wednesday through Friday and until 3 p.m. on Saturday. Admission is free.