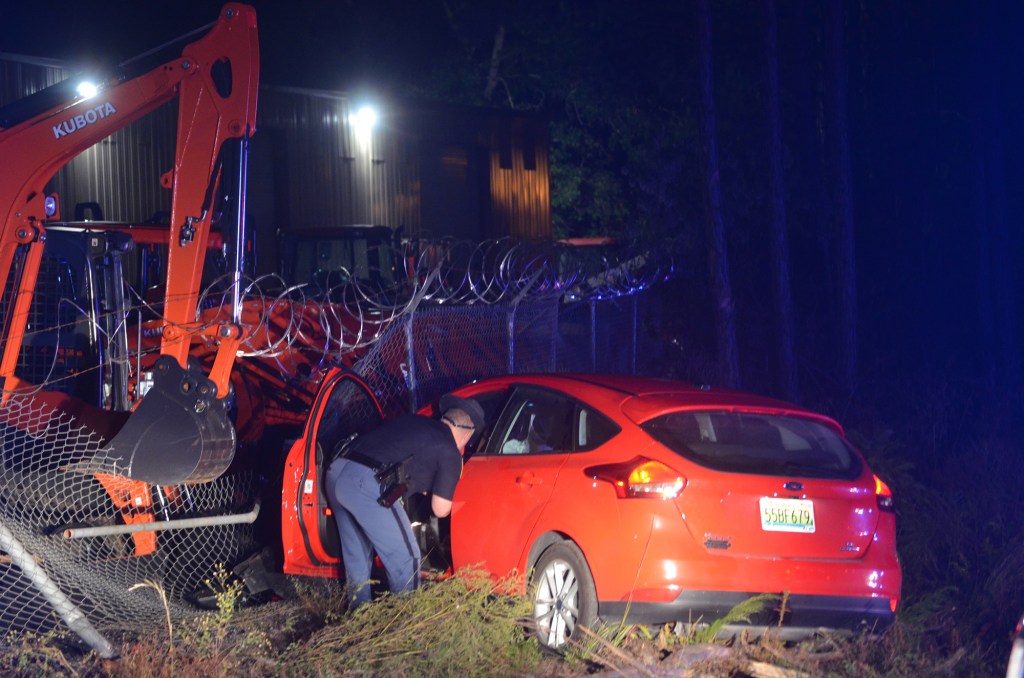 An Alabama State Trooper works the scene of a crash after a pursuit Thursday. The driver was transported to the hospital and will face charges once released.

A Brundidge woman will face multiple charges after leading Alabama State Troopers on a brief hot pursuit Thursday night that ended in a wreck in Brundidge.

Capt. Tracy Nelson said the driver, Candy Marie Foster, 46, of Brundidge, was seen speeding by a trooper on U.S. Highway 231, at which point the trooper turned around and attempted a traffic stop on Foster.

Foster did not stop, however, leading to a hot pursuit that ended near mile-marker 177 in Brundidge when the 2016 Ford Focus Foster was driving left the highway and ran into the fence of a local business.

Nelson said Foster sustained minor injuries and was transported to Troy Regional Medical Center while two other juvenile passengers were unharmed and left with a family member.

Foster has been charged with attempting to elude and reckless endangerment, both Class A Misdemeanors.