A Troy man and woman were arrested Monday as suspects in the strong-arm robbery of a man on Friday, October 13.

Pat Junior Dickey, 43, and Ashley Beebe, 29, were arrested  and charged with second-degree robbery after being identified by the 45-year-old male victim according to Troy Police Chief Randall Barr. 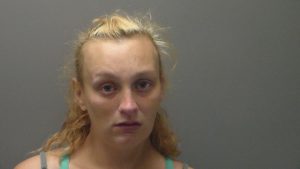 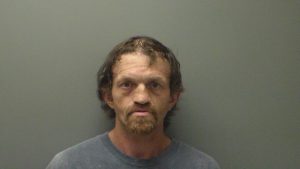 “The victim was familiar with both suspects and warrants were obtained for their arrest,” Barr said. “Dickey and Beebe allegedly approached the victim from behind and assaulted him and took his cell phone.”

The robbery occurred at approximately 9 p.m. on Friday on Pike County Road 5532 in the Pocosin area of Pike County.

Second degree robbery under Alabama code is defined as a theft with the use of force and with aid by another person that is physically present.

Second degree robbery is a Class B Felony punishable by up to 20 years in prison.

Both Dickey and Beebe were processed through the Troy City Jail and incarcerated in the Pike County Jail on a $25,000 bond.