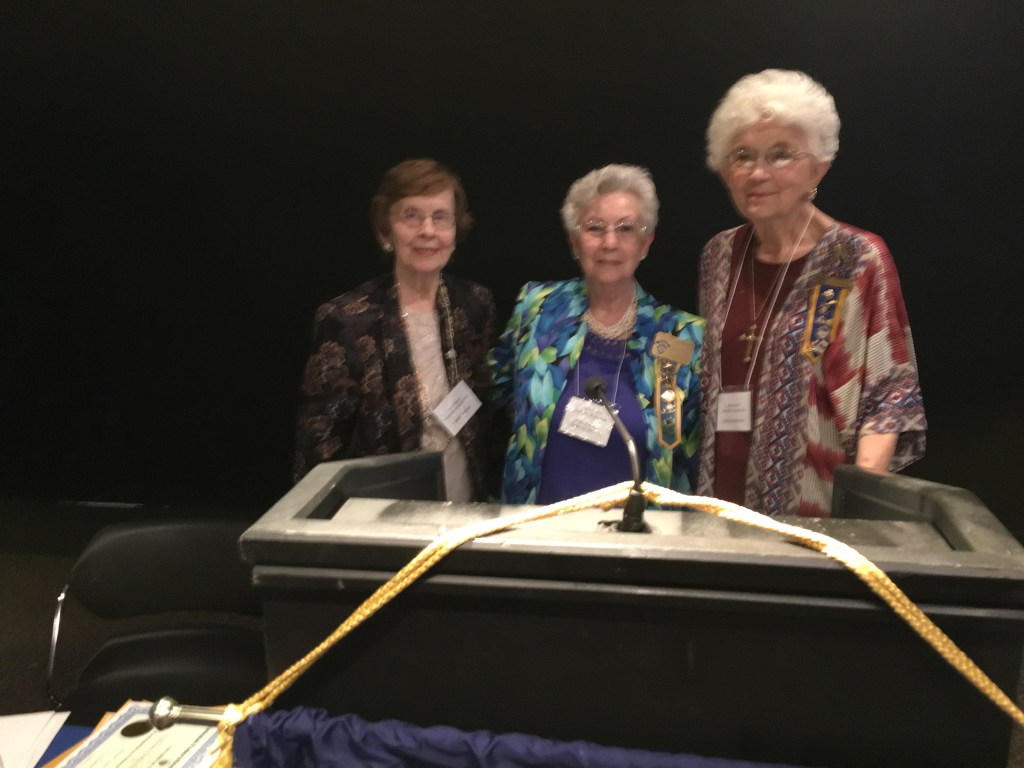 Representatives of the Troy Music Study Club traveled to Gadsden last weekend for the 2017 fall board meeting of the Alabama Federation of Music Clubs (AFMC).

Crapps opened the meeting with the invocation, John Larkins led the Pledge of Allegiance, and Evelyn Cleveland led the NFMC President’s Song “Star-Spangled Banner,” the Federation Collect, the Federation Hymn, and the AFMC President’s Hymn “All Creatures of Our God and King.”  A Dixieland program was presented by “Two Guys and a Doll.” Carol Larkins, AFMC president, presided at the business sessions.

In the business meeting, minutes of the AFMC 2017 Convention the previous spring were provided by Recording Secretary Kira Williams.  Treasurer Linda Griggs provided the Treasurer’s Report.  Reports were heard from various state officers.  Chaplain Lyra Crapps provided a blessing prior to the luncheon.

To conclude the meeting, the members joined in singing the benediction, “The Gift of Song” by Lana M. Bailey, the official benediction of the National Federation of Music Clubs.