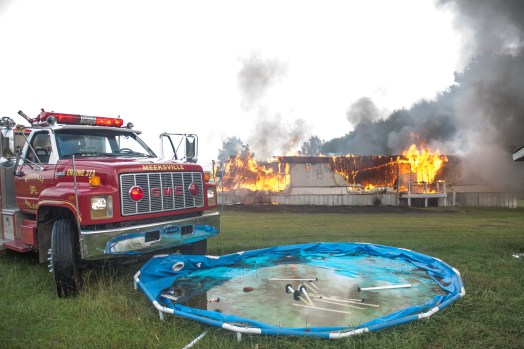 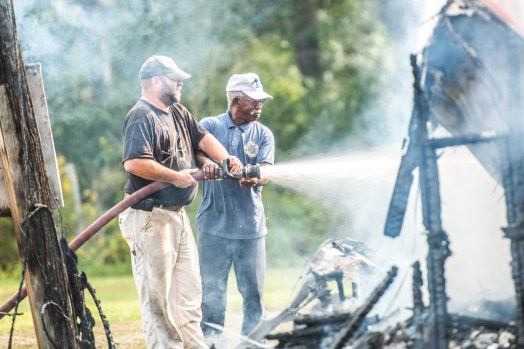 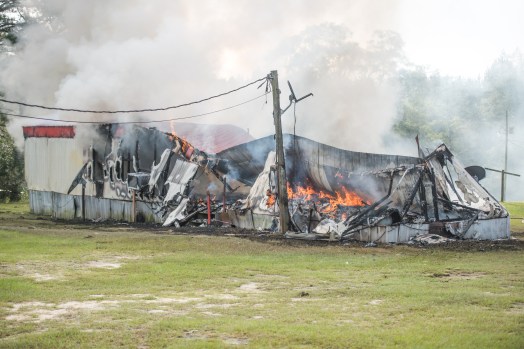 Perlisa McKinney had stepped outside of her home off of County Road 7743 Wednesday morning to make a phone call when she saw smoke coming from her home.

She ran into the bathroom to find a fire had started where she had left a flatiron plugged into the wall.

“I was just crying,” McKinney said. “It’s terrible seeing everything you own go down in flames and you can’t do anything about it. Everything’s gone but the clothes we’re wearing. I’m laughing to keep from crying.”

McKinney said she immediately called 911 and an officer arrived on scene within five minutes, but it took nearly 40 minutes for firefighters to arrive on scene.

“That’s kind of a no-man’s land,” said John Register, head of the Pike County Firefighters Association. “It’s well outside the five-mile radius of Meeksville and Saco and it’s outside of Troy’s jurisdiction, so it’s whoever responds to the page first.”

When Meeksville and Saco volunteer fire departments arrived on the scene, the trailer was engulfed in flames.

“I’m just glad that nobody was hurt,” said Lawrence Adams, who owns the property. “That’s the main thing.”

The fire started at approximately 8:30 Wednesday morning. Nobody was injured in the incident. The cause of the fire remains under investigation.

McKinney’s niece, Shydae Carlton, has set up a GoFundMe account to raise money to help get her aunt back on her feet.

Donations can be made at www.gofundme.com/995b2u-lost-everything-to-a-house-fire.