Trojans get back to winning ways against Trinity 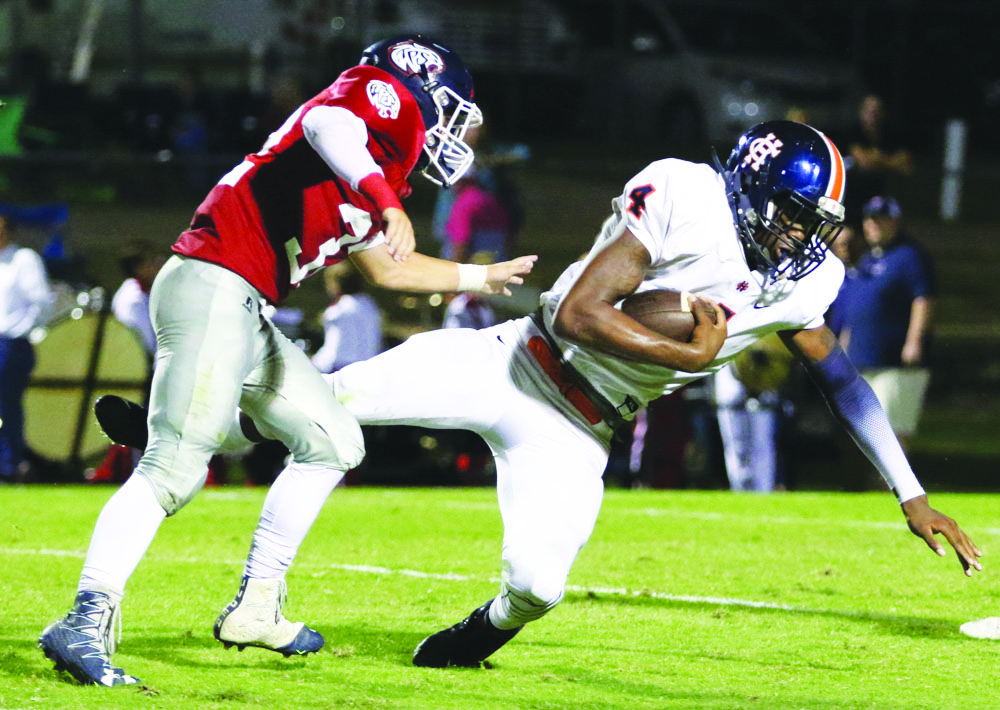 Trinity jumped out to a quick lead over CHHS in the first quarter on a 3-yard TD run by quarterback Trace Bright, and the Wildcats went for two and converted on a pass by Rob Chandler to Luke Hufham for the 8-0 advantage.

CHHS cut the score to 8-7 on their next possession with Lowery hitting junior tight end Kelshun Campbell for a 13-yard TD, and Cameron Bush was good on the PAT with 4:18 to play in the first quarter.

Jamal Smith of the Trojans scored on a 22-yard carry and Bush was good on the PAT for a 14-8 lead, but the Wildcats went back ahead 15-14 on a 21-yard TD pass from Bright to Hufham, McKay Taylor kicked the extra point and Trinity led 15-14 with 7:28 remaining in the first half.

The Trojans then dominated the rest of the contest to pull away.

Wilson scored on a 24-yard TD burst and Lowery connected with Campbell for a 68-yard TD strike, Lowery found Campbell again for a two-point conversion, and CHHS led 29-15 at the half.

Chance Pollard caught a 30-yard TD pass from Lowery and Bush was good on the extra point with 5:10 to play in the third quarter for a 36-15 lead, and Lowery found Pollard again for a 72-yard touchdown pass play to open the fourth quarter. The Trojans went for two again, with Barton Hicks tossing the snap to Wilson lined up wide to the left of center, and Wilson fought his way in to make it 44-15.

CHHS scored its last TD on a 24-yard pass play from freshman quarterback Walker Stallworth to sophomore receiver Jaden Scott, Bush kicked, and CHHS led 51-15 with 6:17 to play in the game.

Trinity added a TD on a pass from backup quarterback Rob Chandler to Jack Singletary with 1:00 to play in the game, for the 51-22 final.

After getting off to a slow start Friday night, CHHS, 3-3 on the season, will now turn their focus to a key Class 5A, Region 2 matchup this upcoming Friday in Troy against rival Eufaula.

“Some of our guys this week maybe took Trinity for granted, and I think it showed especially in the first quarter, but I’m proud of our team for bouncing back,” said CHHS Head Coach Brad McCoy. “Last week was a disheartening loss that we felt like we could have won. Going into practice this week we corrected some of our mistakes, we got Cobi Jones back, but 51 points on the board is always something that makes you smile. The defense played another really good football game.

“Going into this football game we did not make some of the same mistakes we have been making, so that is promising going into Eufaula. But we’re going to have to play our best football game this upcoming Friday night. Eufaula is a very good football team that we have not beat in two years, and it is going to be very important that we put every day of practice and the focus around that game, only with the things we need to do to win the ballgame, and nothing else.”