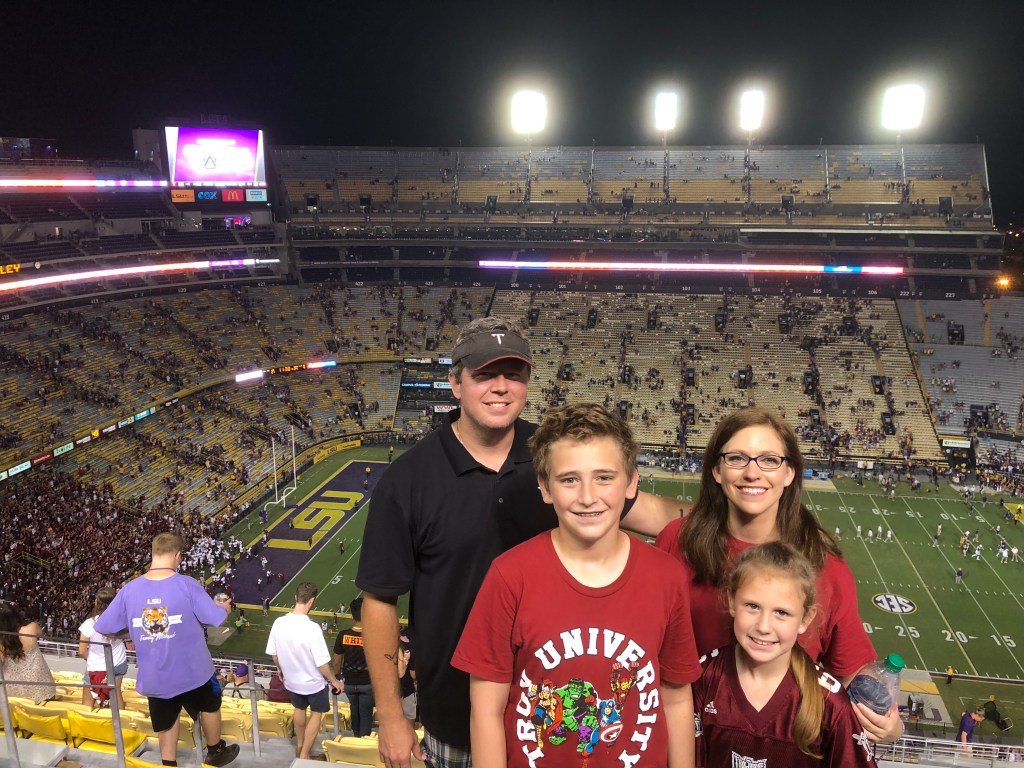 Even as LSU fans left the stadium after the Trojans took a 24-7 lead in the fourth quarter of Saturday’s game, Troy fans were still battling nerves about the Tigers coming back.

“It was nerve-wracking,” said Chad Simmons, who travelled to Baton Rouge with his family to watch the game. “Nerves took over. It was emotional.”

The Tigers pushed Troy to the very end, scoring two late touchdowns and getting the ball back for one last chance at victory with 18 seconds left in the game. The Trojans held on though 24-21, finally finishing off LSU after losing a 28-point lead in the third quarter in 2008.

“If you could look back at the end of the season and you could only beat LSU or Boise State, you’d want to beat LSU,” Simmons said.

Despite the nearly six-hour trip to Baton Rouge, Troy was still represented at the game, especially in the Troy Students section.

“The Troy crowd was unbelievable and the emotion I felt throughout the game was crazy,” said J.D. Phillips, a Troy student that made the trip. “Troy fans were louder than LSU’s for most of the game and we brought it for four quarters.”

“The Troy student section seemed to overpower the LSU fans,” said Eliyah Knight, another student at the game. “We were outnumbered by LSU fans for sure, but no one had more team spirit than the Trojan family.”

Troy fans said they were treated well by the LSU fans despite the Tigers being beaten by a nonconference opponent at home for the first time since 2000 against UAB.

“Surprisingly, we didn’t get a lot of heat from LSU fans,” said Laken Berry. “Mostly, we were told congratulations a lot. I think they were just as surprised as we were.”

For many, the memory of taking down the nationally ranked Tigers will be cherished for life.

“This is literally the best memory of my Troy experience thus far,” said Beth Anne Moore. “The game was exciting and the atmosphere was incredible.”

“I will never forget the day that my school took down LSU in Death Valley,” Phillips said. “This is what you live for as a fan, and also why it is more fun to root for schools like Troy. I love my school and look forward to many more victories, but this win will live on forever.”