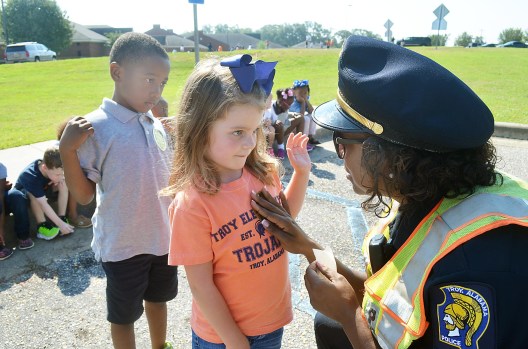 Community Helpers Day is an annual event at the Hank Jones Early Learning Center in Troy. About 150 young students learned about Troy’s community helpers on Friday. Above, Sgt. Hope Carlisle of the Troy Police Department makes students Piper Phillips and Emory Blake honorary police officers for the day. They pledged to do the right thing always. 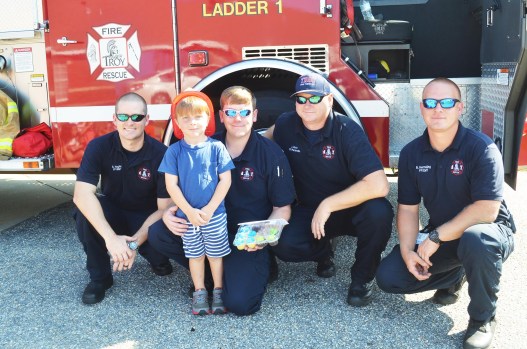 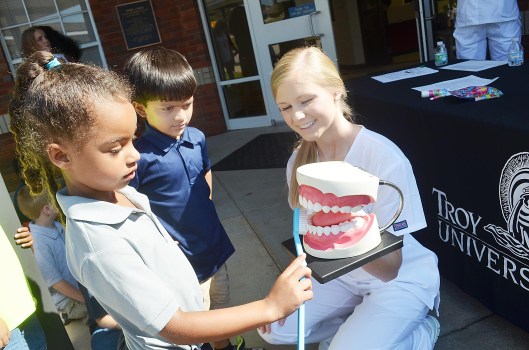 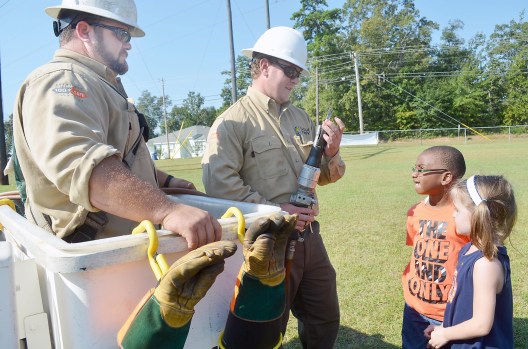 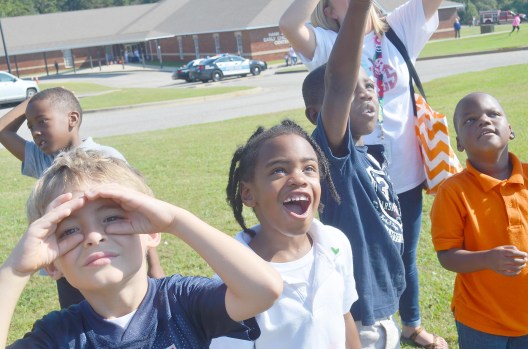 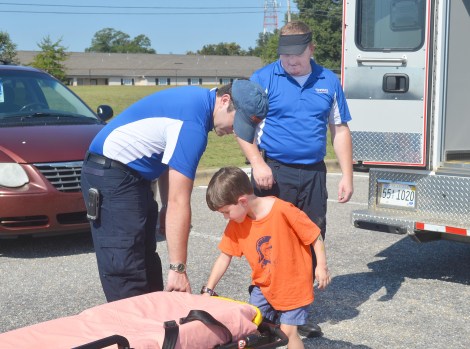 Elliot Cochran wants to be a firefighter when he grows up.

Even though four-year-olds have to wait a while before they can achieve their dreams, they can begin to live those dreams in different ways.

On Friday, Elliot had an opportunity to rub elbows with a brotherhood of firefighters for the City of Troy. Elliot is a pre-K student at the Hank Jones Early Childhood Center in Troy and, along with other students at the school, he has been learning about community helpers.

The Troy firefighters were eager to have their photograph taken with Elliot and thanked him for sharing the excitement of his birthday with them.

About 150 pre-K and kindergarten students at the Early Childhood Center participated in Community Helpers Day Friday. Branson said several of them probably have hopes of being a firefighter when they grow up because firefighters are perhaps the most visible among community helpers.

But the purpose of learning about community helpers and Community Helpers Day is to introduce children to others that provide greatly needed and much appreciated services to the community, Branson said.

In addition to the firefighters, who are also Emergency Medical Technicians, there were community helpers from the Troy Utilities Department, the Troy Police Department, Troy University School of Nursing, the U.S. Postal Service and Haynes Ambulance Service.

Brain Stephens and Jonathan Helms explained to the children that the city’s utilities department makes sure that their home lights come on when the switch is flipped and that the refrigerator is running while they are at school or at home asleep.

The children were both excited and a little anxious when Helms climbed in the bucket on the utility truck and was lifted high in the air.

Stephens said the bucket truck is used to lift linemen to a height where they can work on the lines.

Sgt. Hope Carlisle of the Troy Police Department talked to the students about safety and the importance of doing the right thing, always.

“You should always do the right thing; even when no one is looking,” she said. “That’s most important. Do right all the time.”
Student nurses at the Troy University School of Nursing are also community helpers. They are training to work in hospitals, health care facilities, doctors’ offices and schools.

“You have to take care of your health and one way is by brushing your teeth every day and doing it the right way,” said Elizabeth Stewart. The nursing students told the children there’s a right way for them to brush their teeth and demonstrated how it’s done.”
Richard Johnson and Jonathan Debeaux of Haynes Ambulance Service told the students that they help people who are sick or when there is an accident. They asked the young students how many of them would like to be paramedics and work on an ambulance. Many little hands went up.

“Then, you must stay in school and make good grades,” Johnson said. “When you are in school learning to be a paramedic you must make good grades and that does not mean a C. If you make a C, then you do not pass that course, because paramedics are held to a higher standard. Lives sometime depend on the actions of the paramedics so you have to know what to do and how to do it.”
Branson said Community Helpers Day was an outstanding learning experience for the young students.

“Community helpers are those we look to for help,” she said. “They are the ones we look up to and those we value. They are our heroes and that’s the way it should be.”