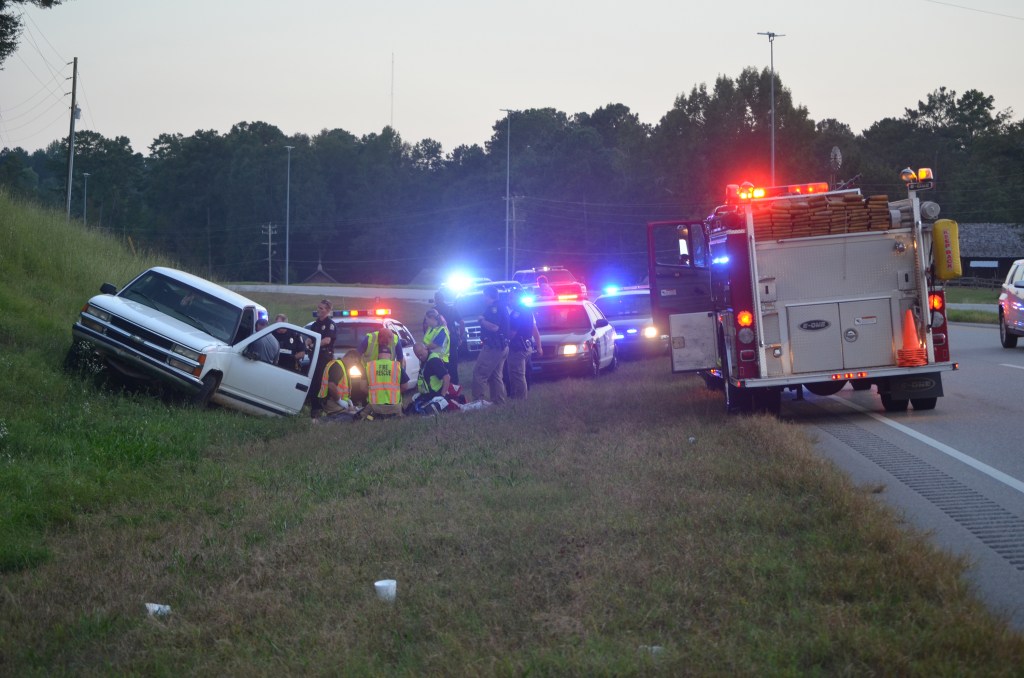 Emergency workers tend to the driver of a vehicle that collided with multiple cars Thursday before crashing into an embankment alongside U.S. Highway 231.

A man collided with multiple vehicles Thursday night – police are still investigating how many – before driving onto an embankment  and wrecking next to U.S. Highway 231.

Troy Police Chief Randall Barr said the driver was headed north on the highway before pulling into a restaurant and turning around, where he hit an unoccupied vehicle.

He then began traveling North on the highway, bumping another vehicle multiple times, hitting a guardrail and finally crashing on the embankment.

The driver sustained minor injuries and was transported to the hospital. No other drivers were harmed during the incident.

Barr said the cause of the incident is still under investigation at this time.