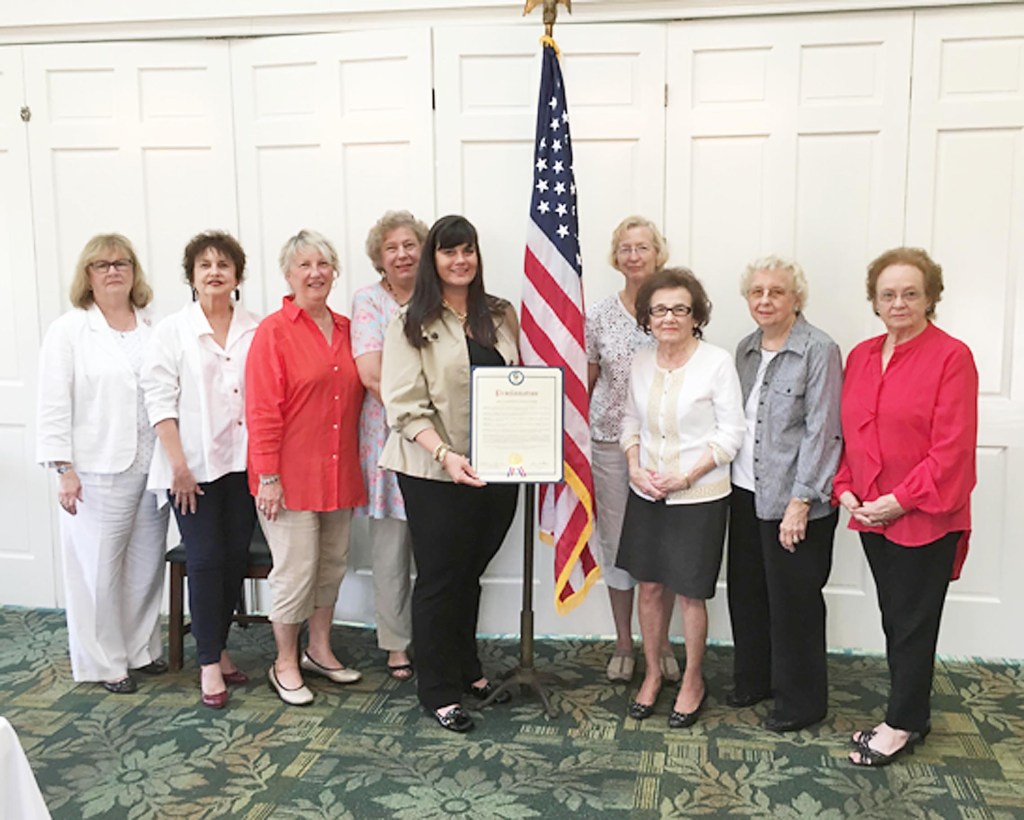 The Oliver Wiley Chapter of the Daughters of the American Revolution celebrated Constitution Week September 17-23 at its September meeting and will continue the celebration of America’s most important document and the role it plays in the lives of all citizens of the United States of American.

“This is a time of great celebration for our country and the DAR has much to celebrate on the national and state levels,” Sanders said. “The Oliver Wiley Chapter of the DAR was organized at the home of Oliver C. Wiley on College Street on January 22, 1914 with 19 charter members.”

Sanders said in 1955, the National DAR petitioned Congress to set aside September 17-23 annually to be dedicated for the observance of Constitution Week.  The resolution was later adopted by the U.S. Congress and signed into public law on August 2, 1956 by President Dwight D. Eisenhower.”

The United States Constitution stands as a testament to the tenacity of Americans throughout history to maintain their liberties, freedoms and inalienable rights, Sanders said.

Troy Mayor Jason A. Reeves and the Troy City Council joined the local DAR in recognizing the importance of Constitution Week, which was started by the Daughters of the American Revolution. Reeves proclaimed Constitution Week in Troy and, in so doing, reaffirmed that the city does and will abide by the ideals the Framers of the Constitution had in 1787.

Troy City Council Member Stephanie Baker was the guest speaker at the DAR’s September meeting. She acknowledged the importance of the Constitution of the United States and the need for all Americans to endorse the ideals set forth by the framers of the most important document of human liberty and to protect the freedoms set forth in the Bill of Rights.

“This is God’s world and we should always be aware of its greatness,” Gibson said. “It is our prayer that we will see the responsibilities, the challenges and the opportunities of each day and act on them. We ask for guidance and strength so that we may give ourselves in love and service to one another and to God.”