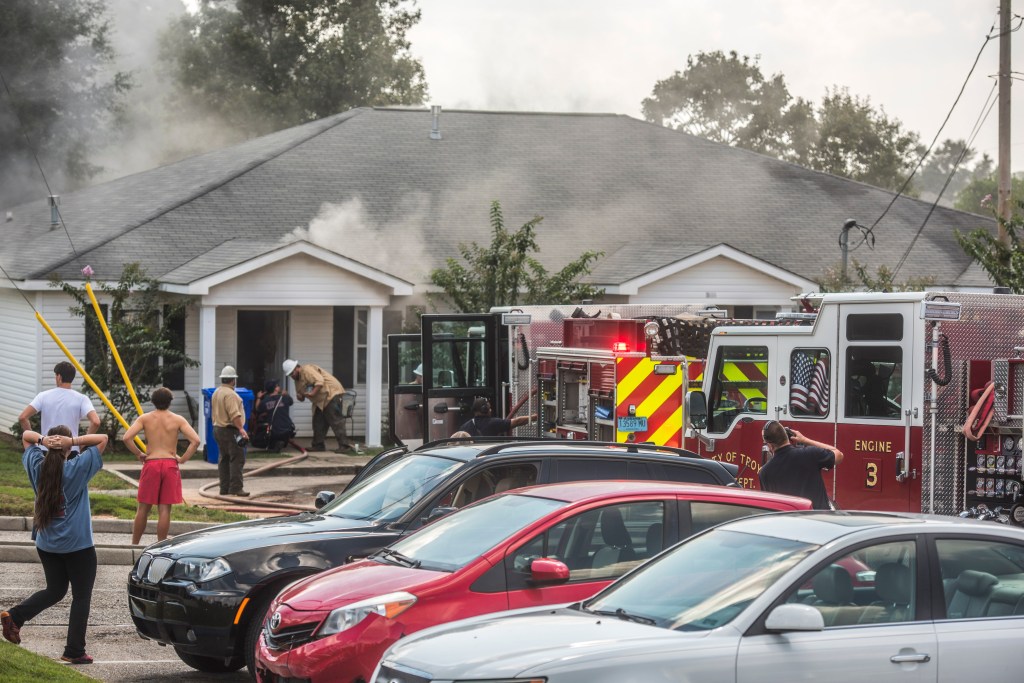 Troy firefighters fought to resuscitate two dogs Thursday after the pets were trapped in a burning apartment, but could not do anything to save them.

“They didn’t make it,” said Fire Chief Michael Stephens. “We performed CPR, but they were overcome with smoke inhalation.”

The pets were the only two casualties of the fire as Stephens said no residents were at home when the house began to fill with smoke.

“It was actually a passerby that saw the smoke and called us,” Stephens said. “Nobody was inside when the fire began.”

Stephens said the department got the call at 1:07 p.m. and arrived on the scene at 1:10 p.m. Within eight minutes, firefighters had contained the fire to one section of the house.

Some flames were visible on the east side of the house and a “moderate fire” was visible inside the home, Stephens said.

The cause of the fire is still under investigation. Stephens said the tenants had no clue as to what could have started the fire and cooking has been ruled out as a potential starter.

Stephens said the structure endured fire, smoke and water damage and adjoining apartments could have some water and smoke damage as well.

“I’m really proud of my guys,” Stephens said. “It was really hot and they worked very hard.”