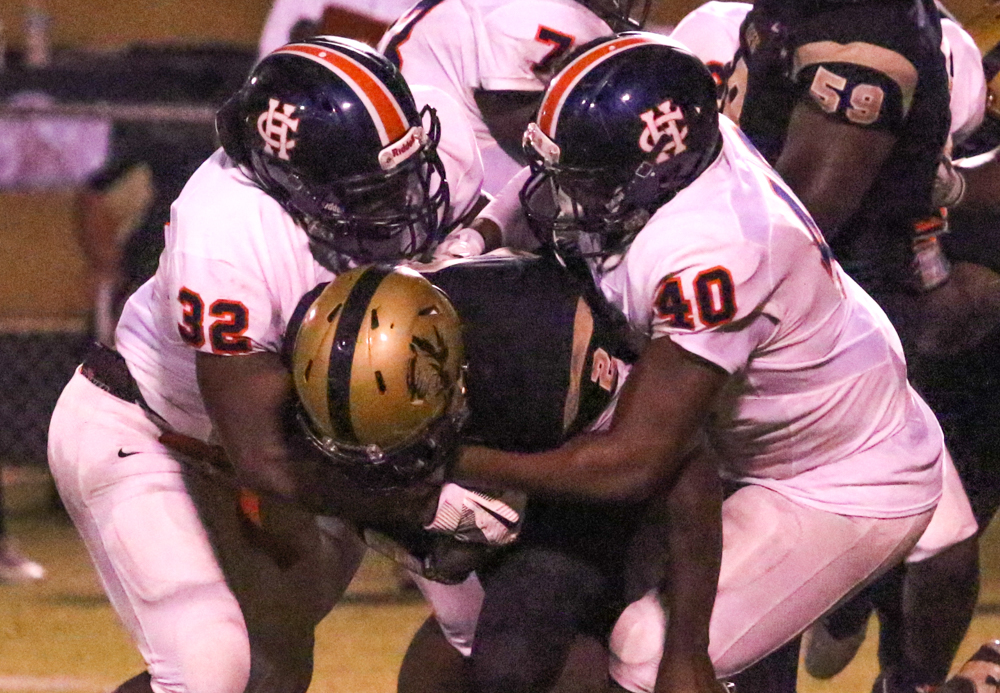 The win improves CHHS to 1-1 with the Class 5A, Region 2 victory. The Trojans opened the season with a 27-22 loss to Class 4A’s No. 1 team, UMS-Wright Prep, then fell 14-6 to the No. 4 team in Class 5A, Carroll High of Ozark, before defeating Greenville, the seventh-ranked team in Class 5A.

Friday night was a stronger showing by the offense and another hard-hitting affair by the defense.

Head Coach Brad McCoy believes his team is getting better week by week, and that Friday’s victory was more of a team effort.

“I don’t now if it was nothing more than these kids correcting mistakes from the last couple of weeks, coming together and playing for each other more,” said McCoy, “In our losses you can look to every mistake and point fingers, but our guys decided to play as one complete team tonight, and it showed. We had guys playing with injuries, but they wanted this win really badly.

“In the way of what we did different, we made the little plays. Greenville helped us out by putting the ball on the ground some. Chance Pollard had a big interception at the end. I just think it was more of a complete game than what we had the previous two weeks.”

Greenville took an early 8-0 lead in the first quarter when Arick Boggan took it in from 2-yards out, and scored on the two-point conversion to cap a 39-yard drive.

CHHS cut the lead to 8-7 when Trojan linebacker Bo Robinson recovered a loose Greenville fumble in the Greenville end zone, Cameron Bush added the extra point, and the score was 8-7 with 0:38 to go in the first quarter.

The Trojans went ahead 14-8 before the half on a 3-yard TD by Wilson, capping a 73-yard drive, as Bush again was good on the extra point.

Greenville took the lead again in the final minutes of the third quarter on a 28-yard run by Bishop Riley, with Riley taking it in again for the two-point conversion to go up 16-14 with 3:29 to go in the third.

Greenville was moving the ball late in the fourth quarter, but Pollard picked off a Boggan pass, and returned it 55 yards to the Greenville 24 to set up the next CHHS score.

The Trojans went ahead 27-16 on Wilson’s third TD, another 3-yard carry, and the PAT by Bush was good with only 1:31 to play in the game.

Lightning struck for Greenville as Tyler Lewis returned the CHHS kickoff to the Trojan 9, and on the next play Riley ran it in for the TD, he ran it in again for the two-point conversion, and the score was 27-24, CHHS, with 1:03 to play in the game.

Greenville attempted an onside kick, but the Trojans recovered and ran out the clock for the 27-24 win.

In addition to Wilson’s 116 rushing yards, Jamal Smith rushed for 23 yards, while Noah Lowery completed 10 of 17 passes for 56 yards.

The Trojans, 1-2 overall and 1-1 in Region 2 competition, travel next Friday for another Region game to a much-improve Booker T. Washington squad.

“Booker T, is a big one,” said McCoy. “They got beat by Eufaula 29-22, and that says a lot about them. They made the playoffs for the first time last year.”