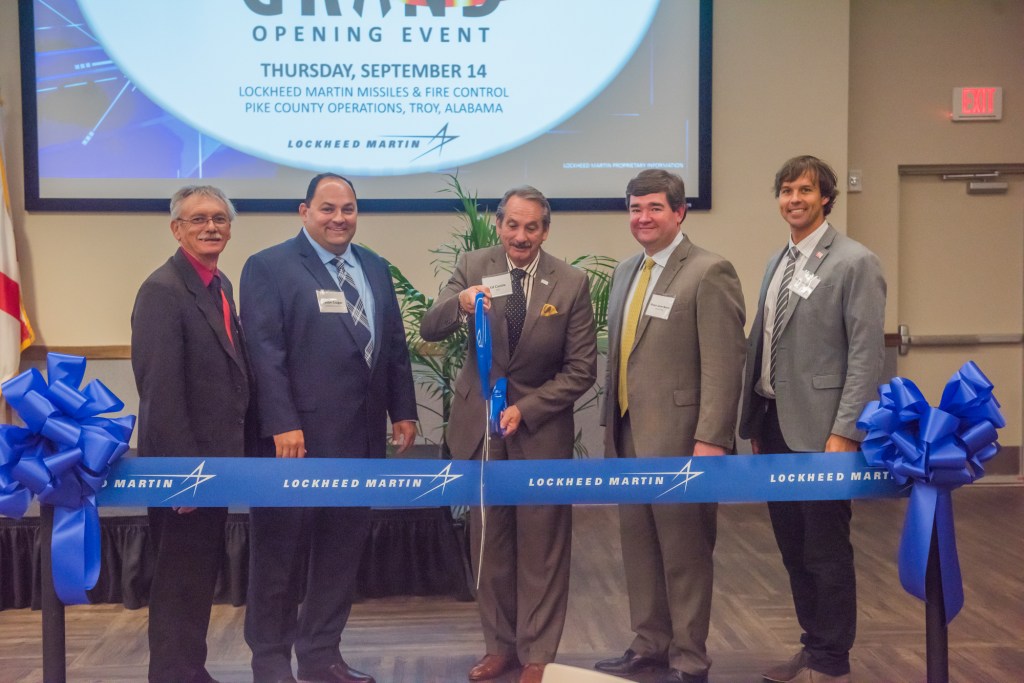 The Advanced Manufacturing & Technology Center is a $2 million project that will serve to train the site’s more than 450 employees and giving them the ability to advance their education online, providing a central location for team functions and serving as a training canter for local military and state agencies.

“This new facility showcases and celebrates our partnership with AIDT,” said Jason Crager, Pike County Operations Director. “This is a vast upgrade. We needed a new facility to accommodate the increase in employment. It also keeps us up with technological advancement that will give us a competitive advantage in pursuing a new business.”

The 7,000-square-foot building consists of a large training room for online courses and job training and a general assembly room for team meetings and conferences.

Ed Castile, executive director at AIDT, said the investment was a “no-brainer.”

“Our main role is to help create jobs,” Castile said. “Lockheed has just a little under 500 people and needed a little more space for training. It just made sense; it is a good investment.”

Mayor Jason Reeves said the continued growth of Lockheed Martin is an important step in continuing the economic growth of the community.

“AIDT is one of the not most important, if not the most important, factors in economic development in Alabama,” Reeves said. “­­They do a lot of hard work to create a trained workforce. This building is a beginning of a great career for a lot of people and it all begins right here; it’s huge for opening the door to people getting the training they need to make a living and life here at home in Troy. Lockheed has done a great job trying to stay ahead of changes and trying to stay on top of things. I look forward to many years of continued growth out there.”

Pike County Operations has been recognized for its commitment to continuous improvement and manufacturing excellence. In 2012, it received IndustryWeek magazine’s “Best Plant” award, and the Alabama Performance Excellence Award. It was also a 2012 recipient of the U.S. Department of Commerce’s Malcolm Baldrige National Quality Award for performance excellence, along with all Lockheed Martin Missiles and Fire Control sites.