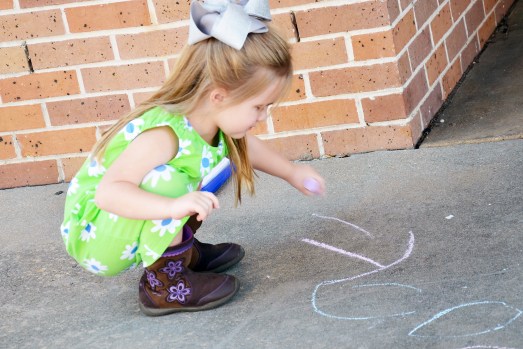 Messenger photo/Jaine Treadwell Baxley Holmes works on a chalk picture of her own. 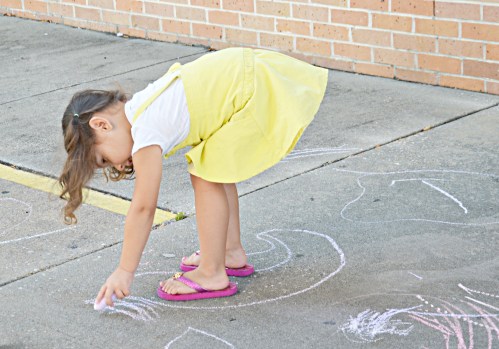 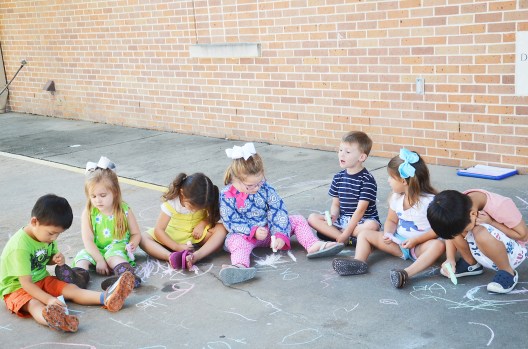 Four-year-old kids at First United Methodist Church in Troy naturally know what to do when handed a piece of chalk. On Thursday, they drew lines and circles and squiggles and wrote letters and numbers and some just marked.

Chalk has been used for drawing since prehistoric times. It helped to create some of the earliest cave drawings. But a four-year-old has no interest in that kind of thing. They just enjoy making lines and dots and such on a cement canvas with no holds barred. And, that’s exactly the opportunity that awaits kids of all ages Saturday when the Johnson Center for the Arts sponsors a Chalk Walk for kids from 10 a.m. until 2 p.m. in downtown Troy.

“Children of all ages are invited to create chalk art on the sidewalks of downtown Troy,” said Leigh Ann Windham, Reunion Troy co-chair. “Chalk stations will be located on each of side of the square and also in front of the sponsoring Johnson Center.”

The sidewalks around town are blank canvases that are awaiting the kids’ creations. There is no fee to participate in the Chalk Walk and no prizes will be awarded.  The Chalk Walk is simply a fun activity for kids of all ages and, if a daddy or grandma wants to chalk walk, nobody will spank their hands.

“The Chalk Walk is a way to involve kids as we explore downtown Troy,” Windham said. “While they enjoy drawing, their parents are invited to also ‘Explore Downtown Troy’ and learn more about the city’s rich history via of our signs of the past that can be found throughout the downtown area.”

Windham said there are 16 signs on eight postings that tell the stories of historic structures in Troy proper.

“The signs bring our town’s history to life,” she said. “Also from 10 a.m. until 2 p.m. Saturday, our Reunion Troy tent will be up and we’ll have information packets available that include a registration form to officially register planned events with Reunion Troy. The packet also includes a calendar of events featuring all the events planned for ‘Exploring Downtown Troy.”

Windham said a map will be available for a self-guided “Downtown Troy Heritage Walk” that features a trivia contest.

Everyone is invited to be on the square at 7 p.m. tonight for the Park Band concert at the Gazebo. The concert is a communitywide event.