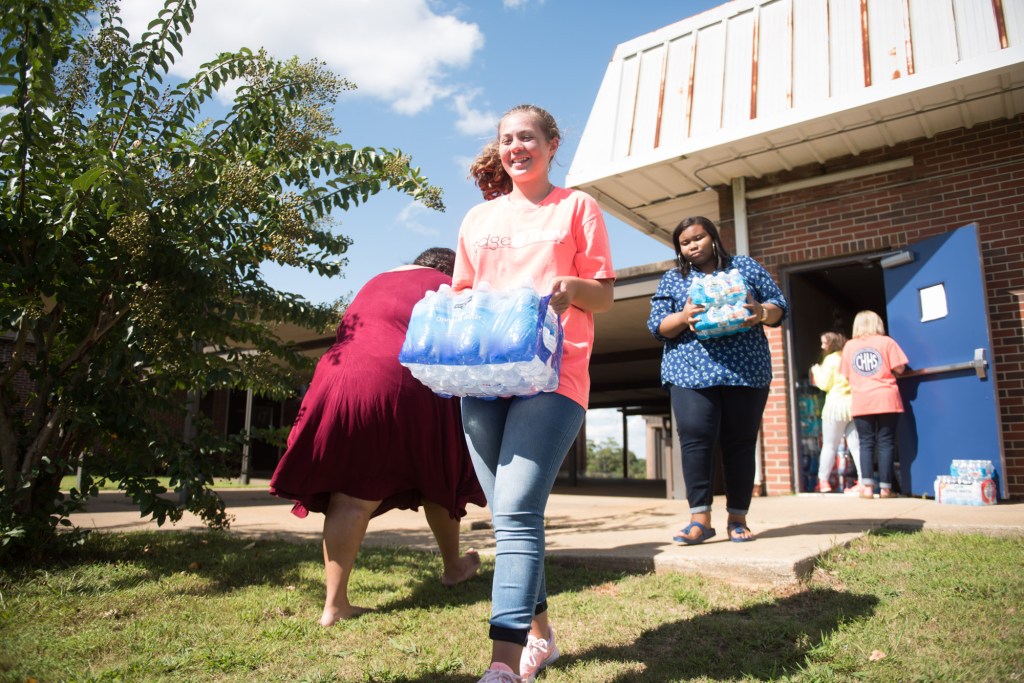 “We’re going to need a bigger truck,” said Jennifer Sanders as she looked at a room filled with items donated for the victims of flooding in Port Arthur, Texas.

Sanders is the leader of the Charles Henderson High School (CHHS) Future Business Leaders of America (FBLA), who committed to sending supplies to an area of Port Arthur where FBLA alumni fled earlier this week.

Sanders called the response from the community “overwhelming.”

“It’s been like Christmas all day,” Sanders said. “It’s been unbelievable how many donations we’ve gotten. Every second of the day we’ve had someone coming by to drop off more donations.”

Sidney Armstrong, a senior FBLA member, said she’s excited that the local community can make an impact in another part of the country.

“I love the thought that we are contributing to not only our community but our country,” Armstrong said. “If we come together as a whole, we can make a big impact. We’ve gotten many people to help us and we greatly appreciate it.”

So many donations were brought that the group needed to get a bigger U-Haul for the trip. Tammy Nichols and her brother-in-law Marcus Brown, both CHHS FBLA alumni, were on hand to help pack up and will bring the resources to Texas Sunday, despite not knowing whether their own homes survived the flooding.

“We were lucky enough to be able o get out,” Nichols said. “So we decided if we could do something to help the people that couldn’t, that’s what we would do.”

The club is also selling relief t-shirts for $15, with all profits going to the American Red Cross specifically for Harvey victims.

A group from First Baptist Church in Troy is just finishing up their time in Texas after travelling down Wednesday to deliver supplies, first in Beaumont and then in Port Arthur.

Group leader Tony Weaver said nothing could have prepared the group for the scene they arrived to late Wednesday evening.

“We were pretty much speechless,” Weaver said. “We were completely in shock. The crazy thing is, all we saw was the tail end of the devastation.”

Two days later, Weaver said they’ve already run out of all their supplies helping everyone in their sight.

“We went to every single person that we could find,” Weaver said. “If they were out on their balcony or we saw a door open, we paddled there. Water is like gold here. People are paying $20-$30 for a case of water. Groups coming down with a case of water will be extremely sought after. We saw a line for a food bank that was probably a mile long.”

The Troy University chapter of Lambda Chi brought in reinforcements Friday night and will continue distributing supplies and assisting in whatever way they’re needed until Tuesday.