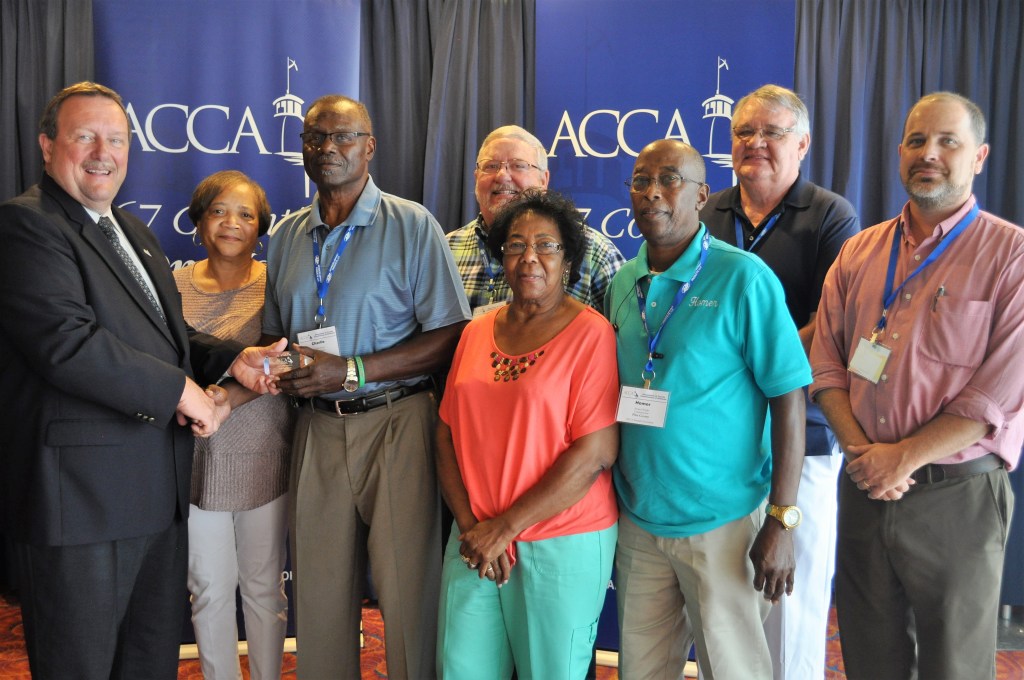 Pike County Commissioner Charlie Harris has been presented with the Tenure in Office Award by the Association of County Commissions of Alabama (ACCA) for his 24 years of service to county government and the state of Alabama. The award was presented in August at the association’s 89th Annual Convention.

“Commissioner Harris deserves the gratitude of all Alabamians for his dedication to public service and personal sacrifice,” said 2016-2017 ACCA President Bill Stricklend. “Considering the extraordinary challenges county commissioners face every day, Commissioner Harris has continually served his constituents with honor and pride, and he deserves a pat on the back from everyone in Pike County.”

ACCA annually presents the Tenure in Office Award to honor commissioners who have served for at least 16 years in office. The award is given for four-year increments thereafter.