Knocked out: Trojans down Bulldogs 41-0 in battle of rivals 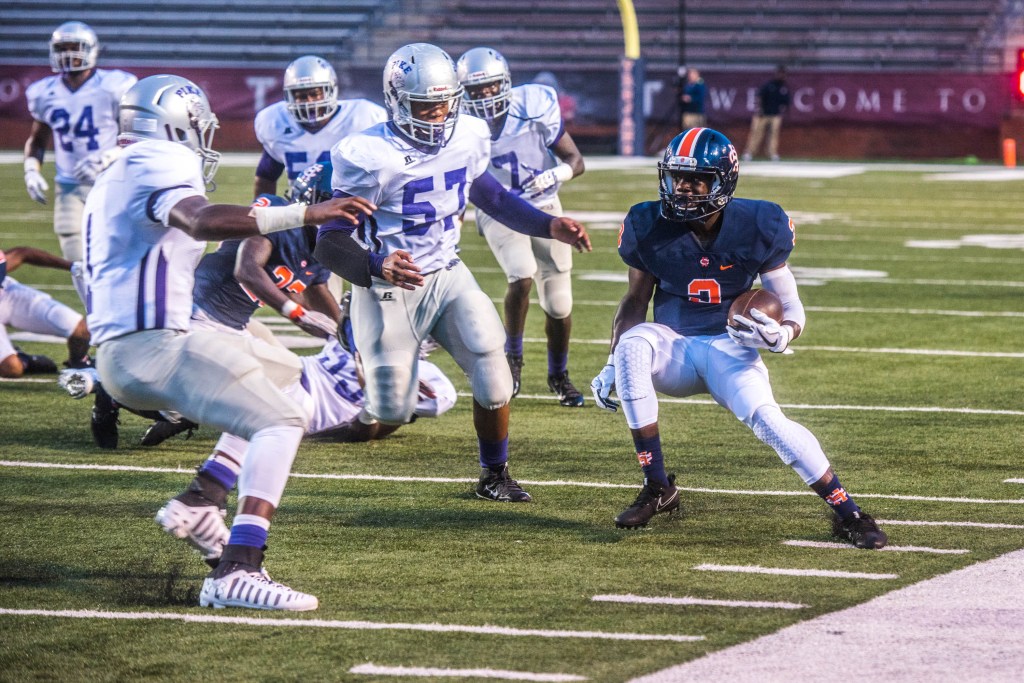 The Charles Henderson Trojans took out their heated rival on Friday night when they defeated Pike County 41-0 at Veterans Memorial Stadium in Troy.

Charles Henderson High scored on six of its first seven possessions of the game en route to a 41-0 win over Pike County High Friday night in a preseason contest for both schools at Troy’s Veterans Memorial Stadium, but it was the defensive performance that caught the attention of CHHS Head Coach Brad McCoy.

“That zero on the scoreboard is the first thing I see that we have not taken enough pride of in years past, in shutting the opponent out, and the defense did it to start this year,” said McCoy. “I think the sky is the limit with this group. We took care of the football, we also started putting our younger guys in and played a lot of JV guys all night, and they answered.”

Senior quarterback Noah Lowery also had a big night, completing 10 of 14 passes for 180 yards and four touchdowns through the first three quarters.

PCHS took the opening kick and was forced to punt, and on the first offensive play of the game for CHHS, Lowery threw a deep ball to junior wide receiver D.Q. Toney for a 40-yard touchdown. Cameron Bush hit the extra point for the 7-0 lead.

The Trojans managed the clock well to close out the first half, and as time expired Bush launched a 40-yard field goal through the uprights to put the Trojans ahead 20-0 at the half.

CHHS got the ball to open the third quarter, and following a 34-yard run by Jordan Dix-Hudson and a carry to the 4 by Jared Wilson, Lowery connected with Kelshun Campbell for a TD and it was 27-0.

Lowery’s final TD strike came to Sean McKinney on a 74-yard pitch and catch, and Bush was good again for the 34-0 advantage.

On the next offensive play for the Bulldogs, a pitchout went wide in the backfield, a host of Trojans smothered the ball in the end zone, and senior linebacker Jamal Smith came up with it for the touchdown and the 41-0 lead with 7:08 to play in the third quarter.

Walker Stallworth and many underclassmen worked the fourth quarter on offense, with Stallworth connecting on four of five passes.

The Bulldogs were led in rushing by Jahzarian Lampley with 23 yards.

PCHS head coach Fred Holland knows his team is capable of playing better, and they will work hard in practice this week before hosting Elba Friday night.

CHHS is at UMS Wright of Mobile to open the regular season this upcoming Friday, while PCHS will host Elba.