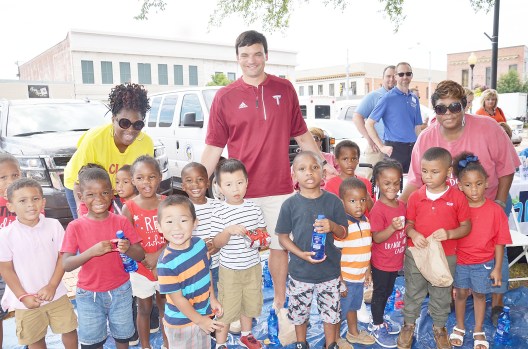 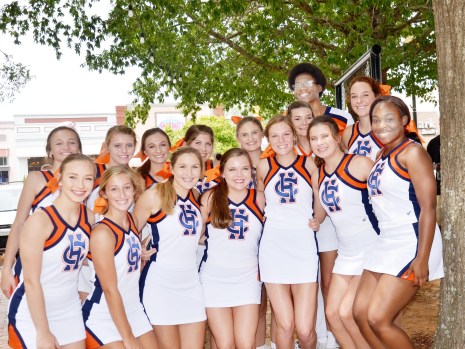 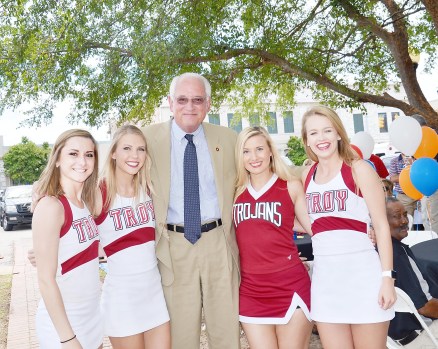 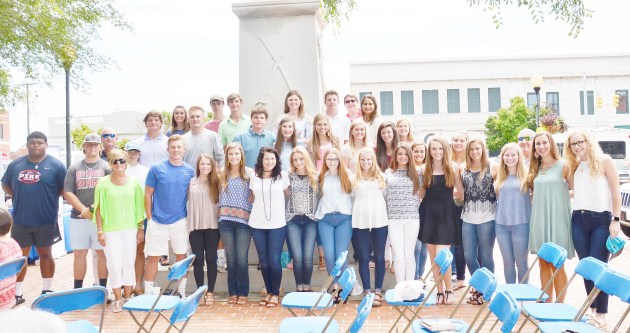 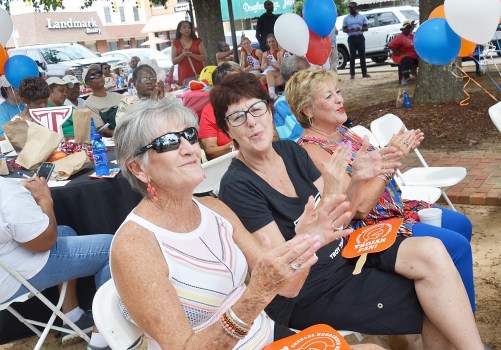 Aristotle said “the whole is greater than the sum of its parts.”

The ancient Greek philosopher’s words rang true Thursday as the Troy community came together as One Troy for the Countdown to Kickoff Brown Bag event on the square in downtown Troy.

The kickoff was an opportunity for football fans to come out and meet the coaches of the local schools and show their school spirit and, at the same time demonstrate their unity – their greatness – as Trojans.

“There is none better than the relationship between Troy and Troy University,” Hawkins said to resounding applause from what was perhaps the largest number of Brown Bag participants to date.

The Chancellor acknowledged the outstanding leadership of coaches, Neal Brown, Troy University; Brad McCoy, Charles Henderson High School; and Gene Allen, Pike Liberal Arts School, who all know the importance of what’s in between the Xs and Os.

Hawkins quoted Pro Football Hall of Fame Member Joe Gibbs who said that you don’t win with Xs and Os, you win with good people.

Whether the Xs and Os are on the football field or in the community, Hawkins said, Trojans are “good people.”

Troy Mayor Jason Reeves said the Countdown to Kickoff was a “very special time” for fans, family and friends to come together to kickoff the 2017 football season for the local teams and also as a time to come together as the great community it is.

Shelia Jackson, Troy director of tourism and public relations, said the Countdown to Kickoff was about football and it was also about community.

“There is a great sense of community in Troy,” she said. “We celebrated what will be an exciting football season for all our local schools. Pike Liberal Arts is off to a winning start; Charles Henderson and Pike County open with a Jamboree (tonight at The Vet) and we have great expectations for another great season for the Troy University Trojans. We have reason to be in high spirits. We support each other. We are One Troy.”

Becky Baggett, PLAS headmaster, acknowledged the importance of football in the South.

“Football brings people together,” she said. “Football brought fans and supporters of three local schools together in downtown Troy. Today showed the togetherness of our schools and of our community. It’s good to bring a community together and football is a good way to do that. Today was a boost for our schools and all Troy.”
Muriel Saunders agreed that, although not everyone roots for the same team, Trojans love football.

“Especially Troy football,” she said with a smile.