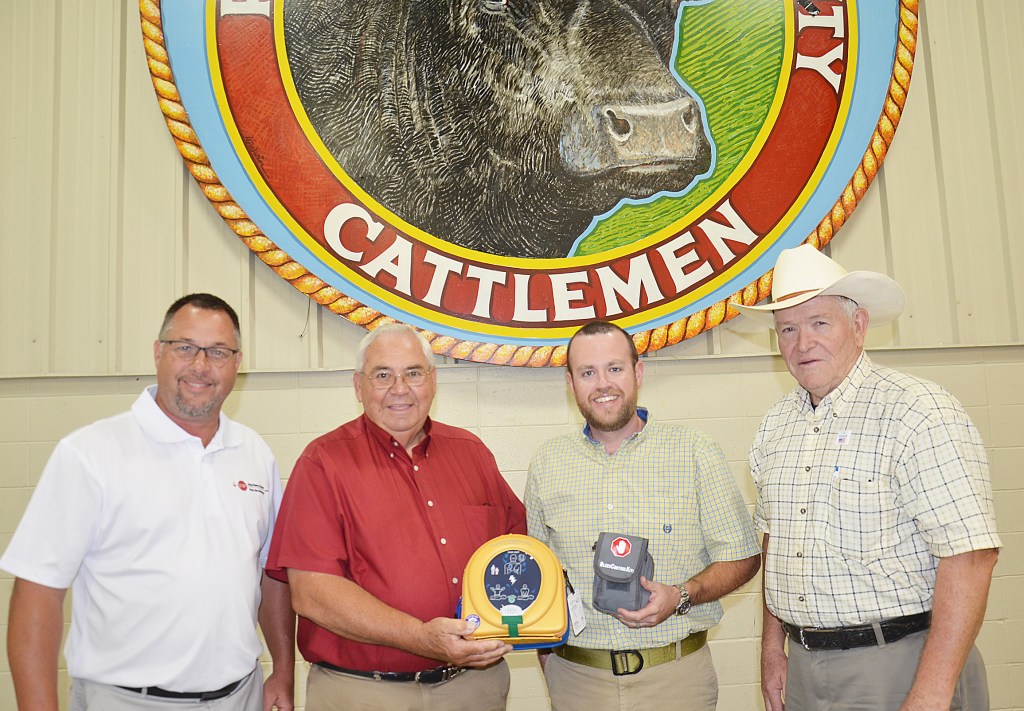 The name Wedgwood is perhaps most closely associated with fine china.

However, Lord Wedgwood Charity is known for its commitment to fight sudden cardiac arrests and to raise funds for placing AEDs in schools and gathering places.

On Saturday, Lance Evans, event coordinator for Lord Wedgwood Charities, was at Cattlemen Park to present an AED to grant recipient Jacob Fannin of Shady Grove Tactical, a locally owned family business that focuses on layperson training of life-saving measures for civilians and law enforcement.

Fannin conducts AED and stop the bleed training classes for groups in and around Pike County. In talking with Lance Evans, event coordinator, for Lord Wedgwood Charity, Fannin learned that the charity has a grant program for which Shady Grove Tactical was eligible. He applied for a grant for an AED with hopes it would be awarded.

“When I was notified that Shady Grove Tactical had received the grant, I had to decided who would get the AED,” Fannin said. “When talking with my mother, she suggested the Pike County Cattlemen. They have huge numbers of people at Cattleman Park and having an AED available could save a life.”

The dollar value of the Lord Wedgwood Charity grant was about $1,200 but who can put a value on a life,” Evans said. “Our motto is ‘If we save one life, we have exceeded our goal.”

Cattlemen Johnny Garrett and Ed Whatley accepted the AED on behalf of the Pike County Cattlemen’s Association and expressed appreciation to Fannin for the generous donation. They also express appreciation to Evans for the Stop the Bleed kit donated by Lord Wedgwood Charity. The kit may be used to stop life-threatening blood loss.

Evans said any facility where large crowds gather should have an AED and Stop the Bleed kit because the potential is always there for a medical event.

Fannin recently visited a local school that has an AED available but on two or 25 students even knew what it was and where it is located.

The AED and Stop the Bleed kit will be at a visible and public location at Cattlemen Park and hopes are that it will never be need.

“We have between 50,000 and 60,000 people at Cattlemen Park and we don’t need to be without either of these devices,” Whatley said. “We thank Jacob and Lance and Lord Wedgwood Charity for making the life-saving devices available at our facility.”

Fannin expressed his appreciation for having the opportunity to work with the Lord Wedgwood Charity and the Pike Count Cattlemen’s Association.

“Cattleman Park now has the ability to provide immediate care in an emergency situation,” he said. “Hopefully, that time will never come but, if it does, they are better prepared.”