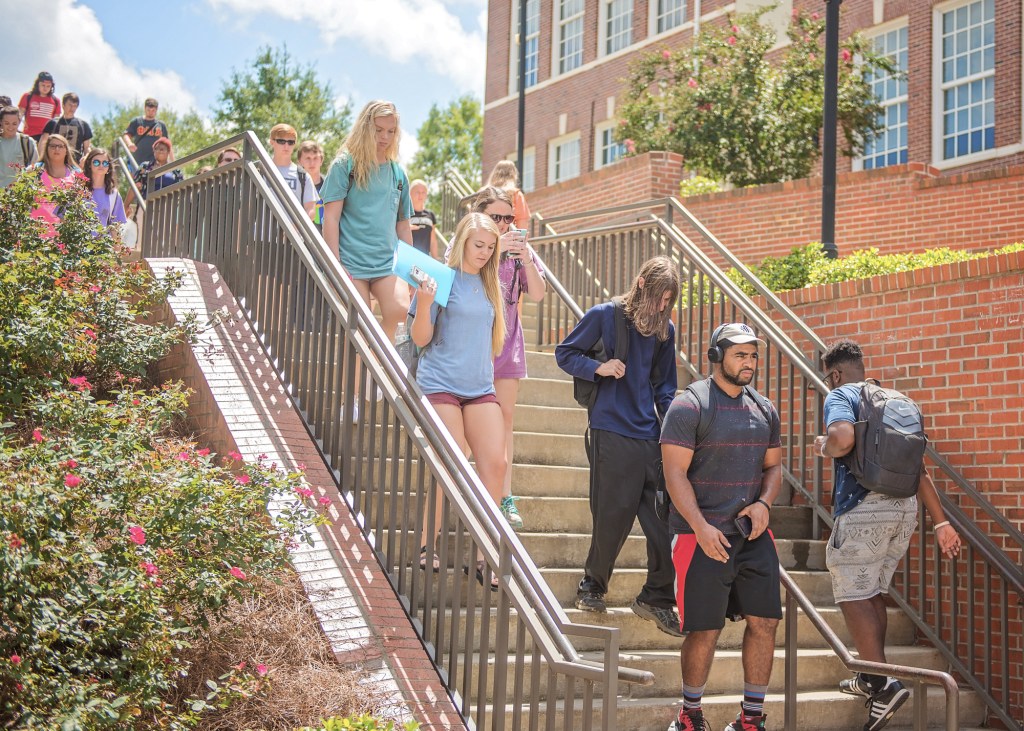 Troy University students are back in town and on campus with fall classes starting Wednesday. Students returned to find a brand new food court with new restaurants such as Marble Slab Creamery, Great American Cookies, Steak and Shake, and Boar’s Head Deli. Officials are predicting this year’s freshman class to be the university’s largest ever.

Troy University students returned to campus for the start of fall classes Wednesday and found some changes to some of the buildings on campus.

Returning students were greeted by a newly renovated food court in Trojan Arena that expands food offerings there, thanks to the University’s partnership with Sodexo. A $2 million-plus renovation provides additional food venues of Marble Slab Creamery, Great American Cookies, Steak and Shake, Boar’s Head Deli and an expanded Chick-Fil-A, while retaining Mein Bowl and Einstein Bros. Bagels. More seating is available as well.

New faces also got to take in the changes to campus for the first time as Troy students. Troy officials expect this to be the largest freshman class in the school’s history.

“We are excited over the prospects of a great fall semester at Troy University,” said Dr. John Dew, Senior Vice Chancellor for Student Services. “For the fourth year, it seems that we have the largest class of freshmen ever, and early indications reveal that overall enrollment on the Troy Campus is very healthy.”

The university announced last year that they have a goal of expanding the campus to 10,000 students. Approximately 8,000 students are expected to attend this year.

To help accommodate the rising enrollment numbers, the university is adding a new central parking lot that will add 540 spaces when completed in mid-October.