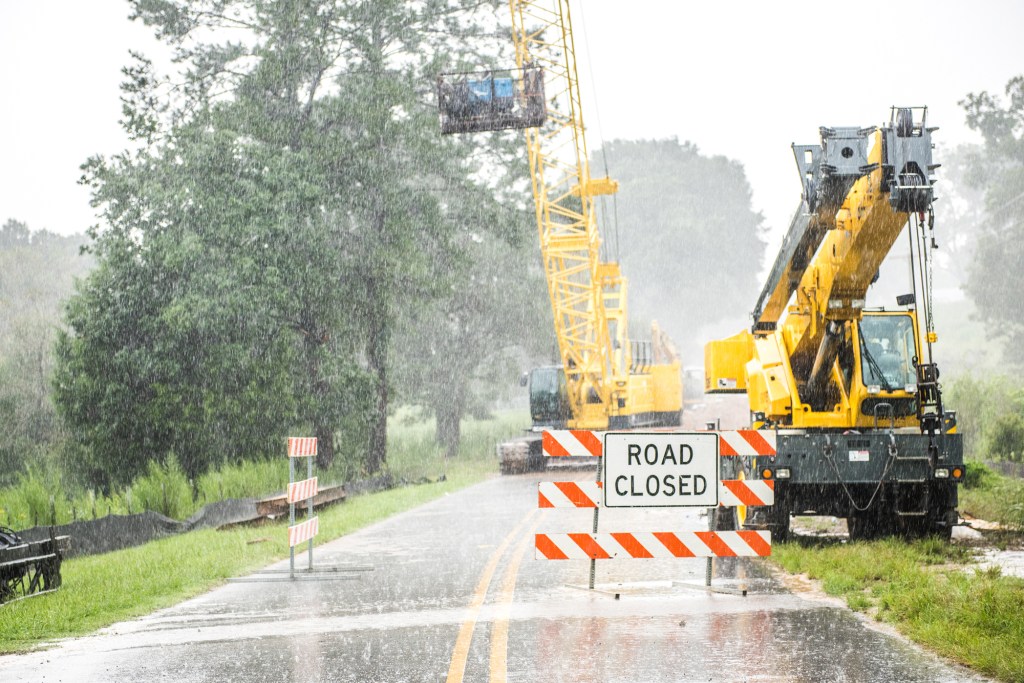 Work has begun to replace a bridge that failed on County Road 2201, one of the main roads into Goshen. The bridge failed on July 11, sending officials scrambling to find a fix. On July 24, the Pike County Commission declared the bridge failure an emergency and authorized the road department to take action. A contract was awarded 11 days later on August 4 to Newell and Bush of Montgomery for $545,000. The contractor had up to 14 days to get started on the project, but County Engineer Russell Oliver said the contractor started several days earlier than required. The contractor has 60 days from the beginning of the project to complete the work.