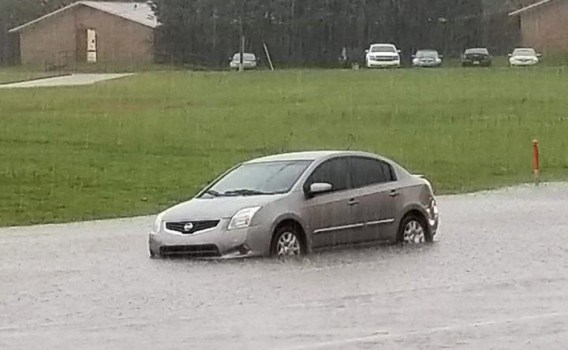 Sudden heavy rains Thursday evening quickly flooded roadways, significantly blocking several roadways around the county. Above, a motorist was stranded in one patch of deep water on Alabama Highway 87. 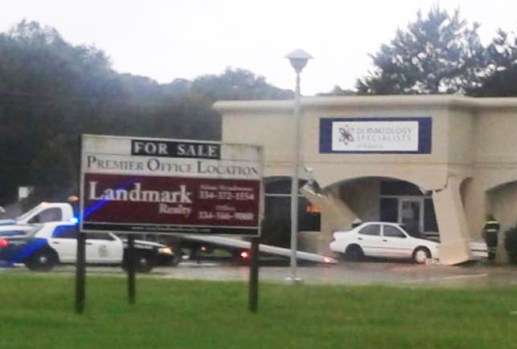 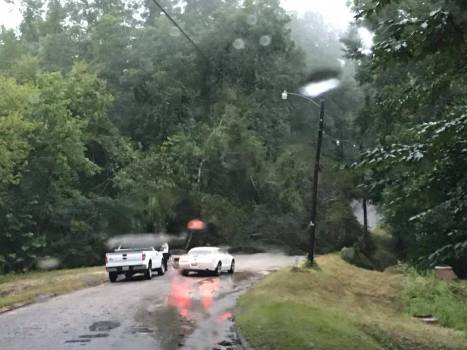 One car rammed into a building off of Alabama Highway 87; one car had to be towed off of Shellhorn Road as water crept up to the doors. Several other motorists were also stranded around the county.

“We had numerous roads flooded, some of those being fairly significant in the City of Troy,” Barnes said. “We had several areas with trees fallen in the roadway.”

Between lightning strikes and trees hitting power lines, a few places lost power briefly during the storm. The Forest Circle area was still without power at the time of publishing, but utility crews were working on getting the lights back on.

“We just had a lot of rain in a very short amount of time and the drainage systems were just not able to handle that much water in that short period of time,” said Troy Police Chief Randall Barr.

Barr said that one northbound lane of George Wallace Drive was still closed due to damage and that officers would check on it in the morning to see what could be done.

Despite the weather causing inconveniences across the county, and even crashes in some instances, no injuries had been reported at the time of publishing.

The service is free and available to everyone.