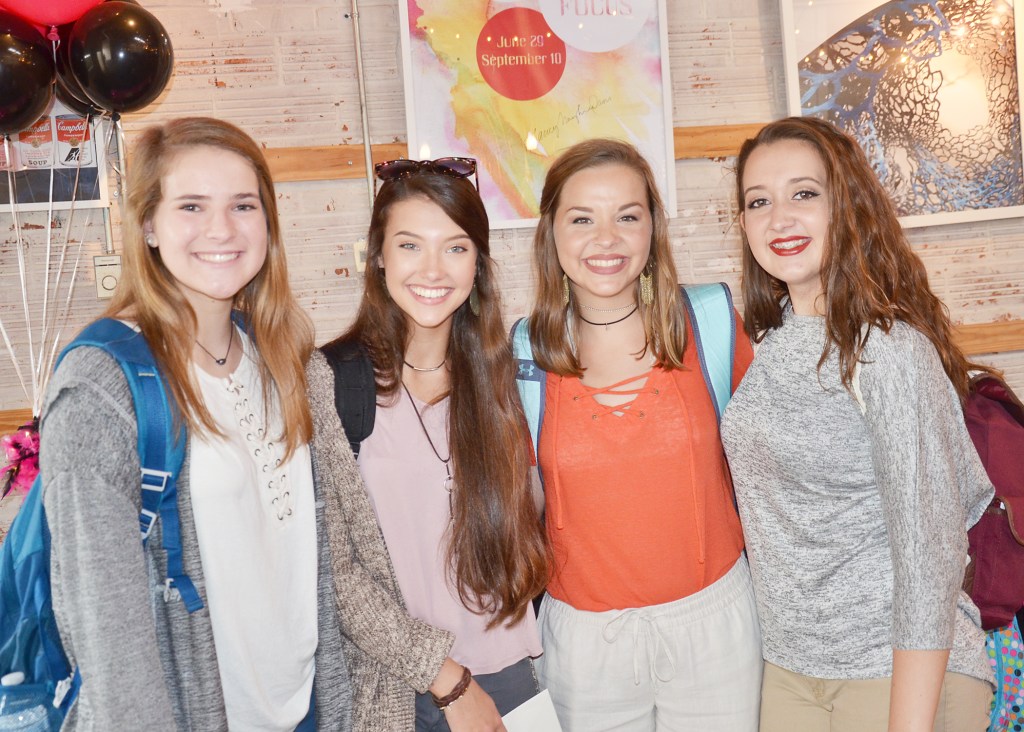 The Female Factor kicked off its seventh year at noon on Wednesday with a Cabaret-kind of celebration at The Studio. The Female Factor advisory board has exhibited a deep passion for the issues that face and embrace women of all ages for six years. Karen Herring said the board’s plans and hope are to continue providing programs that enrich the lives of all those who make time for the Female Factor in their busy lives.

The program was indeed a Cabaret, which is defined as a nightclub or restaurant where entertainment is performed.

The Studio was decorated in fine fashion, the food was delicious and the entertainment was “incredible.”

Several drama students from Charles Henderson High School performed vignettes from the theater department’s 2016-2017 school year productions and with Broadway style.  And, Sheila Jackson, accompanied on piano by Willie Williams and on sax by Patrick Jackson,  wowed the guests in vintage Shelia style.

“Shelia was incredible, as always, and Patrick and Willie B. couldn’t be better,” said Betty Minton, a regular at Female Factor. “And, those kids from Charles Henderson were fantastic. They performed a scene from ‘Chicago’ and I could not believe how good they are. They could be on Broadway.”

Minton said she hears negative things about kids these days but anyone who saw the CHHS drama students perform at Female Factor know that theses kids are “amazing.”

“I would like to see more Female Factor programs like that,” she said. “We need to see and know what young people are doing and how talented and dedicated they are. It made me feel good about our future.”