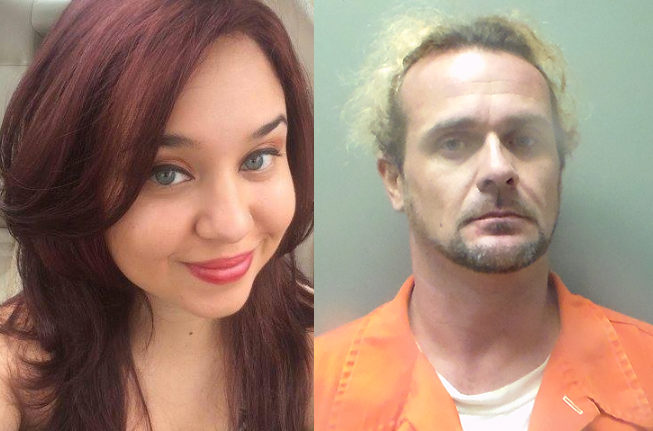 Left: Lisa Joy Theris, 25, was reported missing since July 18. Right: Randall Wade Oswald, 36, of Troy was arrested Saturday on felony theft and burglary charges for the robbery of a hunting camp on the night of Theris's disappearance. Oswald was also wanted for questioning in the missing person case.

A Troy man was arrested on theft and burglary charges Saturday morning after leading officers on a pursuit that spanned three counties.

Randall Wade Oswald, 36, was wanted by Bullock County on first-degree theft of property and third-degree burglary stemming from the burglary of over $40,000 worth of property from a hunting camp in Midway.

Deputy Josh Powell of the Bullock County Sheriff’s Department said Oswald was one of three men at the camp that night. Powell said he’s “99.9 percent sure” 25-year-old Lisa Theris, who was reported missing to the Troy Police Department July 23, was at the camp with them.

“I say that because there’s always that 0.1 percent chance she wasn’t,” Powell said.

Oswald continued driving though, Barr said, leading officers on a pursuit through Montgomery and Crenshaw counties, until the vehicle ran out of gas.

Oswald then fled on foot into the woods, where officers found him and took him into custody on his existing warrants as well as additional charges of attempting to elude a police officer, driving with a suspended license, failure to signal and reckless driving.

Barr said it had been reported that Theris and Oswald knew one another and had been together around the time Theris was reported to have gone missing.

Investigators with the troy Police Department questioned Oswald before transporting him to Bullock County.

Manley Green Davis, 31, of Troy was arrested Monday, July 31 in connection with the burglary on first-degree theft of property and third-degree burglary charges after he too led police on a chase.

A resident in the area of the country club neighborhood spotted Davis walking through his backyard and called the police, who found Davis lying in the backseat of a vehicle nearby.

Barr said his department is continuing to investigate the disappearance.

“The investigation into the whereabouts of Lisa Theris continues to be a very active investigation,” Barr said. “Investigators are working tirelessly with our law enforcement partners in Pike, Bullock and Coffee Counties along with assistance from the U.S. Marshalls service to find Ms. Theris.”

Theris is 5 feet 5 inches tall and weighs 145 pounds with brown hair and blue eyes. She may be in danger because she has a medical condition that requires daily medication and she needs her prescription medication.