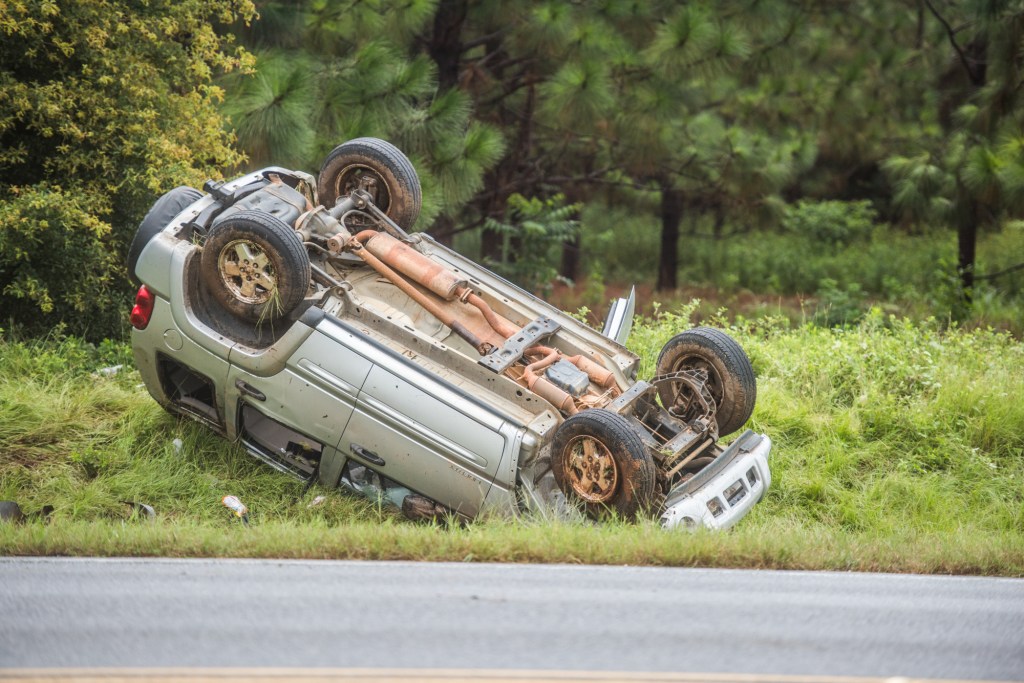 Messenger photo/ Jonah Enfinger A driver and two passengers sustained only minor injuries when the 2004 Jeep they were riding in left U.S Highway 231 and overturned.

Three people were injured Friday when a 2004 jeep they were in left U.S. Highway 231 and overturned.

Trooper Kevin Cook said the driver and two passengers were transported to a local hospital with minor injuries.

The crash occurred around 10 p.m. near mile-marker 177 south of Troy.

At the same time, two vehicles collided a mile further south on U.S. 231.

The crash involved a 2006 Honda and a 2009 BMW. However, nobody was injured in that crash.

At approximately 3:45 p.m. another single-vehicle crash occurred off of Butter and Egg Road.

The vehicle drove off the roadway and struck a support wire for a power pole, snapping it in two before the car struck a tree.

The driver in that wreck also avoided injury according to officials with the Troy Police Department.