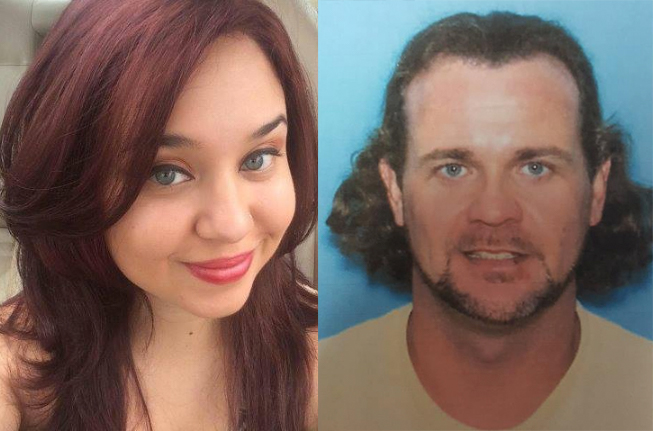 Left: Lisa Joy Theris, 25, was reported missing since July 18. Right: Wade Oswald of Troy is wanted by the Bullock County Sheriff's Department as a person of interest in the case and on felony theft and burglary charges for the robbery of a hunting camp on the night of her disappearance.

Another person of interest is now being sought in the missing person case of Lisa Theris.

The Bullock County Sheriff’s Department has identified Wade Oswald of Troy as a person of interest in the case as well as a suspect in the burglary of a hunting camp in Midway in the early morning hours of Tuesday, July 19.

Deputy Josh Powell said Oswald is wanted as one of the “co-conspirators” in the burglary of over $40,000 worth of property from the hunting camp. Stolen property includes four-wheelers, chainsaws, trailers, a zero-turn lawnmower and various tools.

Powell said officials are “99.9 percent sure” Theris was there with the two men.

“I say that because there’s always that 0.1 percent chance she wasn’t,” Powell said.

Theris had reportedly been with Oswald that night as well as Manley Green Davis, 31.

A Pike County sheriff’s deputy spotted Davis on Alabama Highway 87 in a white Cadillac and attempted to make contact with him but Davis fled, ditching the car on Rick Street in the Country Club neighborhood. He was caught a short time later when a resident noticed Davis walking through his backyard and called the police.

Law enforcement found Davis in the backseat of a vehicle in the 600 block of Wilson Drive and took him into custody.

Davis was questioned by the Troy Police Department about the missing person case before being transported to Bullock County, where he remains in custody on charges of first-degree theft of property and third-degree burglary.

Powell said Bullock County has been sweeping the area surrounding the hunting camp alongside several other law enforcement agencies but has not yet been able to find Theris.

Theris’ father reported her missing to the Troy Police Department on July 23, five days after he said he had last contacted her.

Theris is 5 feet 5 inches tall and weighs 145 pounds with brown hair and blue eyes. She may be in danger because she has a medical condition that requires daily medication and she needs her prescription medication.