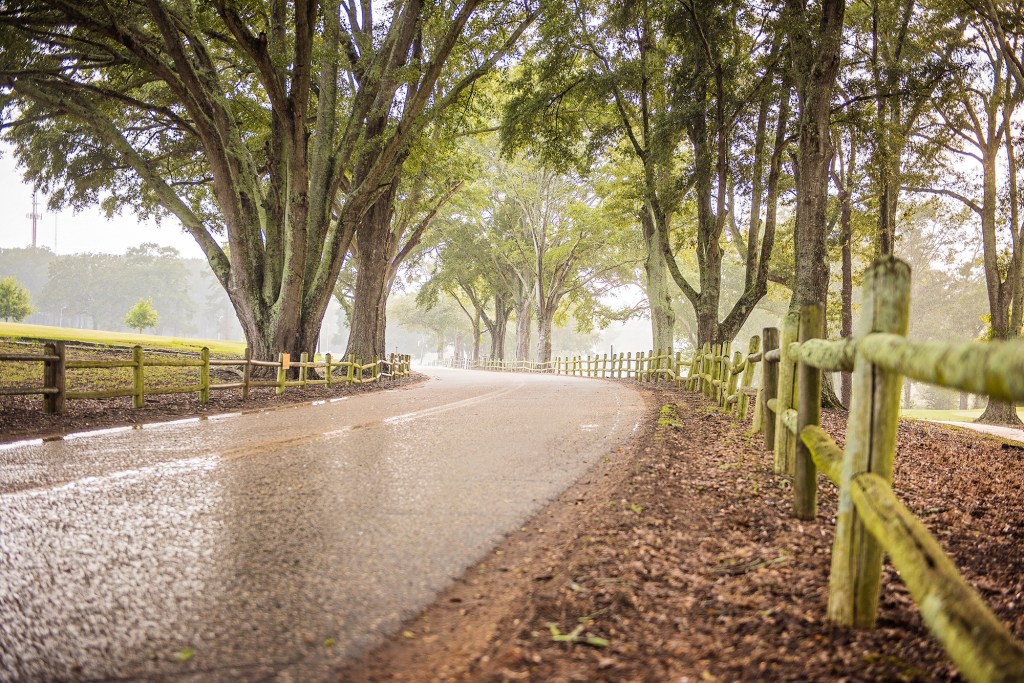 “The biggest reason for that from city’s standpoint is we wanted to improve the intersection in front of the high school so we had a need for making that a better intersection,” Paramore said. “The university wanted to improve McKinley Drive in that area because of Trojan Arena being built. That road has become more of a thoroughfare with traffic from athletic events dumping onto George Wallace, so there was a need for a bigger and better road there. The university was willing to fund the vast majority of the cost because it is on their property.”

To accomplish both the city’s and university’s desires, the two entities paired up on the project to make it applicable for funding by the Alabama Department of Transportation’s (ALDOT) (ATRIP).

The road would not normally have access to those funds because it is a university road, but the city had it reclassified so that it would meet the criteria for receiving funds.

The city was able to garner $1.6 million in state funding to go to the project and cut the cost by more than half. The city is technically liable for the remaining $1.2 million in funding, but the city and university had already worked out a deal that $1 million would be put up by the university for the project, leaving the city to pay just $135,000 of the cost.

Paramore said that the project was originally planned to widen the existing road to four lanes, but since then has changed to create a new three-lane road from George Wallace Drive to the roundabout so that trees on the property aren’t removed.

“The biggest thing is the existing path of the road now goes between those trees ad the new road will go to the north of those trees, so we’re basically designing a new road,” Paramore said.  “The road that is currently between the trees will stay in existence and will probably be used as a walking path, bike trail and jogging trails. Through traffic will not be on that existing road anymore once the project is complete.”

The original design would have had all of the trees in the area removed, but Paramore said the new route will only necessitate removing one to two trees at the most.

The university’s project to build a new parking lot in the same area is not a part of this, Paramore said.

“The parking lot being built on campus is solely a university project,” Paramore said. “The city has nothing to do with that. This is more of improving the entire traffic flow so that’s why this is different than just a resurfacing and that’s what ATRIP funds were to be used for.”

Project engineer Tim Ramsden said the project could start in two to three months or as late as six months. The project is then set to take 180 days, which Ramsden said could take up to nine months with delays.

The road will be constructed in two phases to allow access to the Trojan Arena during the entirety of the project. One phase of the project will close off access from the roundabout on the university campus and the other will block access from George Wallace Drive.