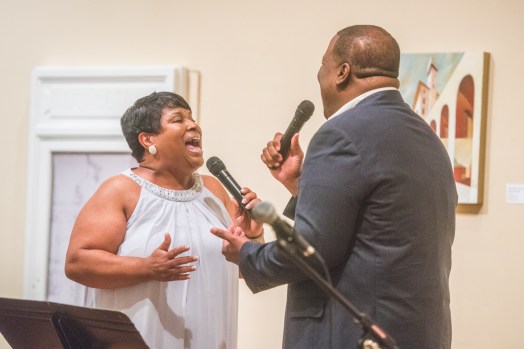 Messenger photo/ Jonah Enfinger Shelia Jackson, pictured singing, was the headline act Saturday night at “An Evening with Shelia Jackson” at the Johnson Center for the Arts. She was joined by a variety of other performers. 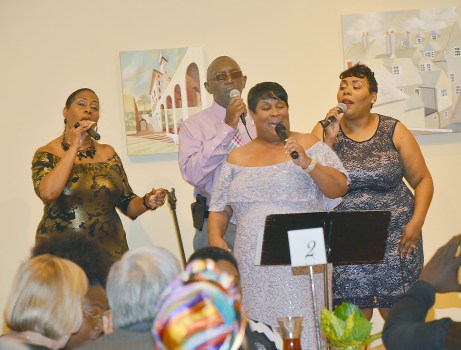 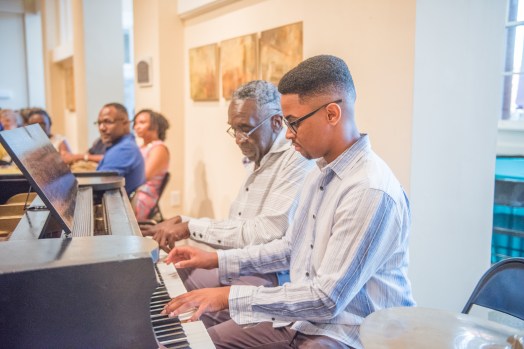 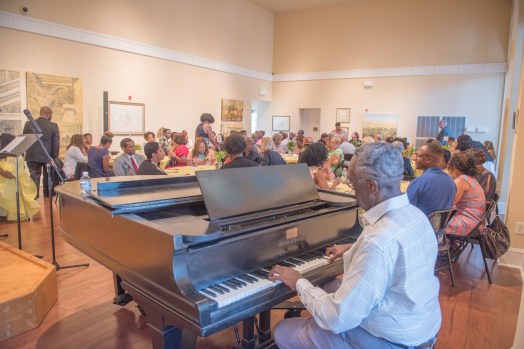 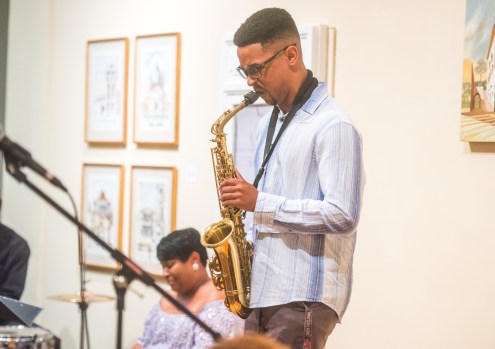 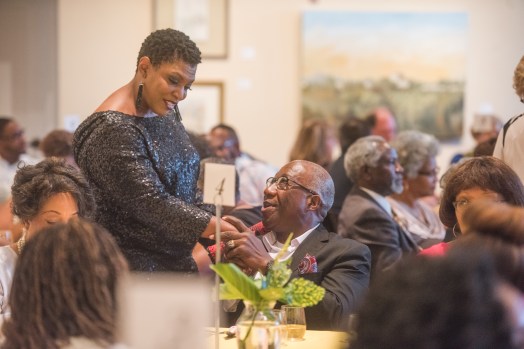 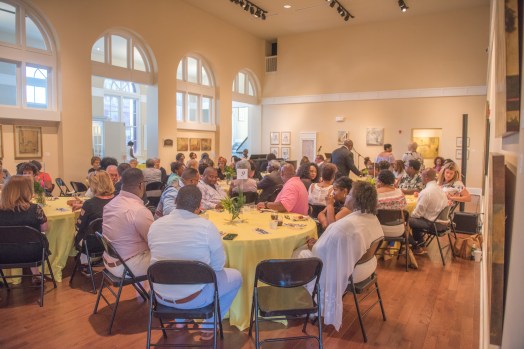 Not often is there an event such as “An Evening with Shelia Jackson” in Troy. And, Jackson said, the event Saturday was “just perfect” in providing the kind of concert she had envisioned.

“The idea was to have a small, dinner concert in an intimate setting and the Johnson Center for the Arts was the perfect place,” Jackson said. “There’s just something very special about an event like that.”

Jackson said the idea for the dinner concert originated with a friend and the concert was more than she could have ever hoped it would be.

“The small setting was a different atmosphere from other places I have performed,” she said. “To step off the stage and be among friends who could reach out and touch my hand was different from anything I have experienced before. It was very special to me and I hope it was to my friends who performed with me and to those in the audience.”

The evening dinner concert was sold out and the JCA’s upper gallery and performance venue was a cozy setting for Shelia Jackson and company.

“Friends,” Jackson said, with a smile. “Shelia and friends. I have so many wonderful friends that are talented singers and musicians. It is an honor to perform with them and Tonya Terry is an incredible emcee. She can steal any show.”

Jackson invited several of her talented friends to join her on stage at the dinner concert at the JCA.

Christian Barron, Dorsey Fayson and Carnell Barron are not only outstanding backup up singers, they can take the spotlight as they did Saturday night to the rousing applause of an appreciative audience.

Jackson expressed appreciation to all of those who made “An Evening with Shelia Jackson ‘and Friends’” a night to remember.

In addition to all those who performed, Jackson also said special thanks to Willie B. Williams at Tourism, Alvin Sankey, Catherine Jordan and the Colley Complex and Diana and Corey Whittaker.

“And, a special thanks to Bill Hopper and the staff of the Johnson Center,” Jackson said. “It was a perfect venue for a perfect night with friends.”

Bill Hopper, board chairman Troy-Pike Cultural Center, said the Johnson Center for the Arts is an outstanding venue for small audience concerts such as “An Evening with Shelia Jackson.” The concert, he said, helped firmly establish the JCA as a cultural arts venue for musical events as well as for theater and dance performances.