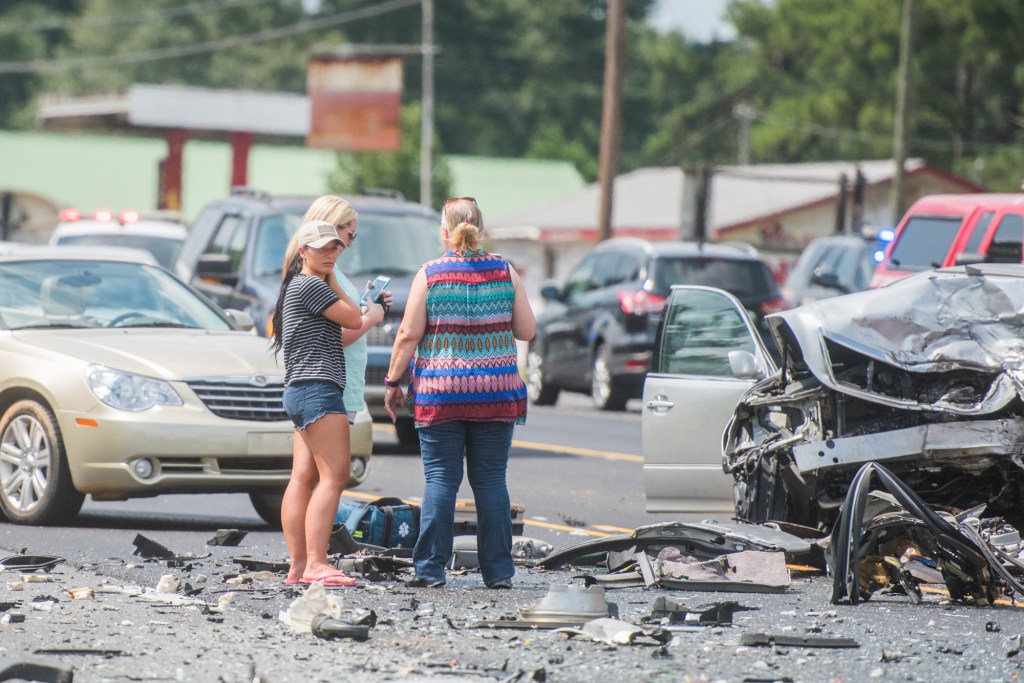 Staci Ervin and Peyton Wood survey the scene of a fatal three-car accident. Ervin and Wood were among the first to arrive at the scene of the wreck and notified law enforcement.

A Brundidge woman and two others were killed Monday when three vehicles collided on U.S. Highway 231 on the line of Pike and Coffee county lines four miles north of Ariton

Debra Myers Askew, 61, of Brundidge was critically injured when the 2005 Lexus she was driving struck a 2015 Hyundai driven by Robert C. Pecnick, 49, of St. Augustine, Fla. Pecnick and his wife Suzette(46) were pronounced dead at the scene by Pike County Coroner Jerry Williams.  Mrs. Askew was transported by air to Southeast Alabama Medical Center in Dothan where she died a short time later.

The driver of a third vehicle that was involved in the crash, a 2014 Navstar tractor-trailer, was not injured.

The ALEA said the incident remains under investigation.