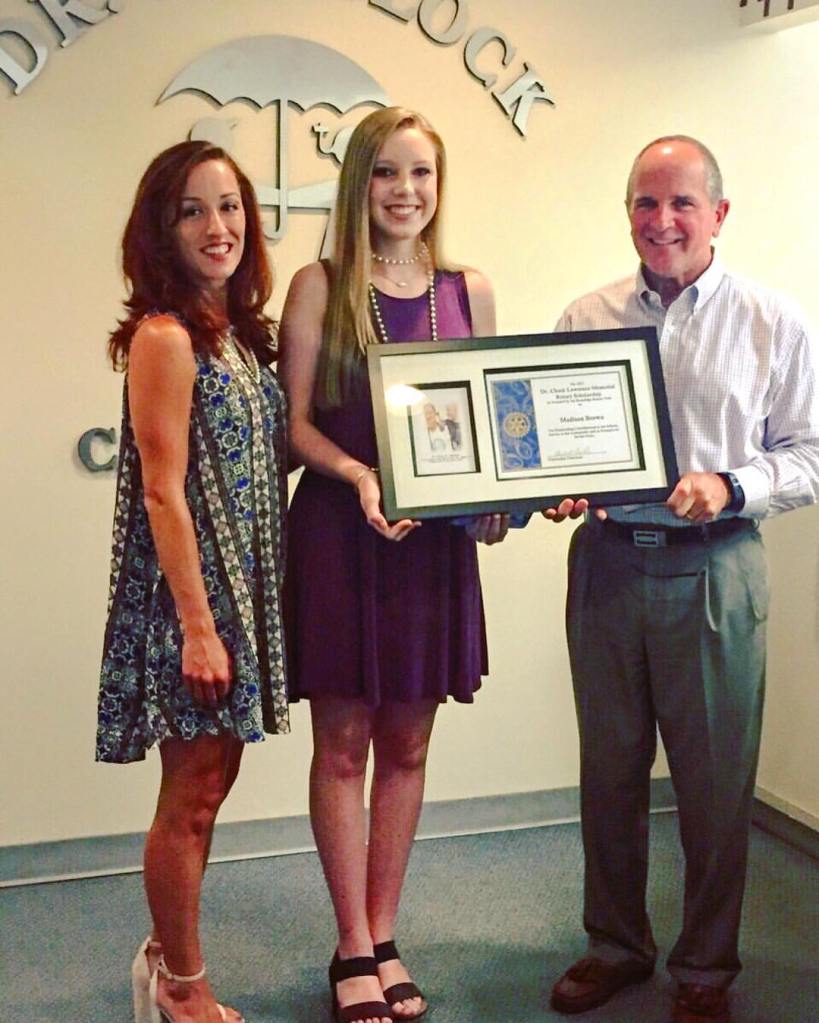 Madison Brown is the recipient of the first Dr. Chuck W. Lawrence Scholarship established in his name by the Brundidge Rotary Club. Dr. Lawrence, a Pediatrician at the Charles Henderson Child Health Center for over 15 years left an indelible mark on his coworkers and the people he served in Pike County. Dr. Lawrence passed away last October 24, 2016. The funding for the $1,000 scholarship was primarily raised by the staff at the Center. Madison a 2017 honors graduate from Pike Liberal Arts plans to attend the University of South Alabama in the fall where she will major in pre-med. Her long range plans are to return to Pike County to Practice Medicine. Madison was presented her scholarship at a brief ceremony at the Center on Friday. Pictured with Madison is Dr Lawrence’s daughter, Chelsea Lawrence and Ben Busbee, Administrator at CHCHC.