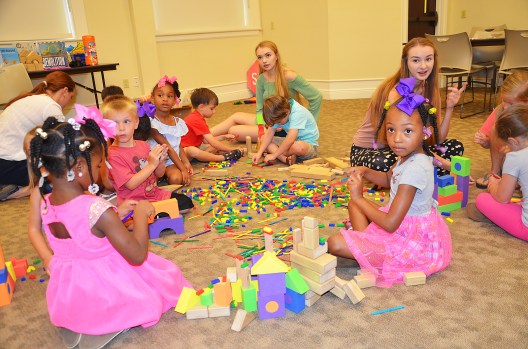 Many 4-year-old and 5-year-old children enjoying the Summer Reading Program at the Troy Public Library Monday, where the kids learned about “how to build a better world.” The theme of the program was construction and included the reading of the “four little pigs” and the building of houses out of straw, sticks and wooden blocks. 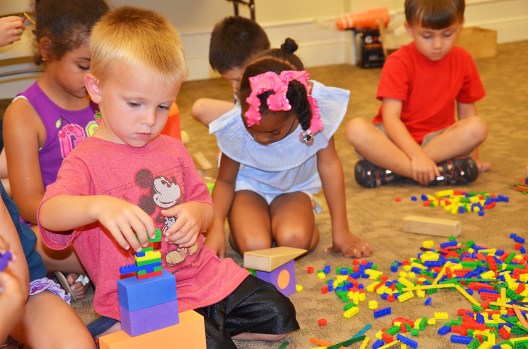 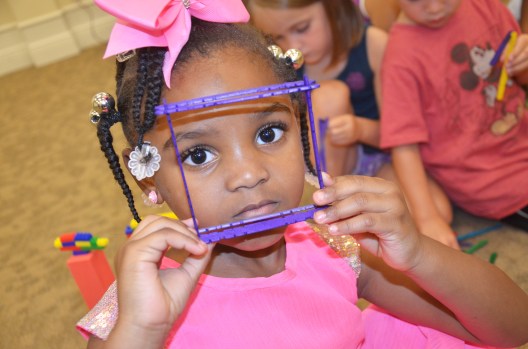 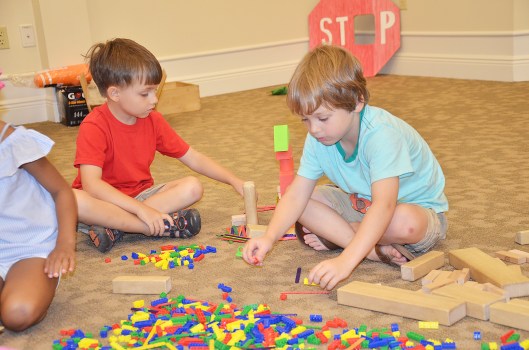 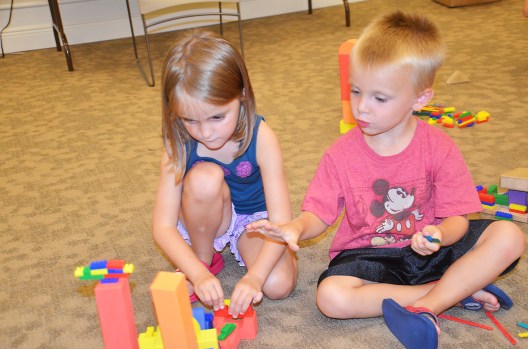 The youngsters who are participating in the Summer Reading Program at the Troy Public Library are intent on Building a Better World.

Teresa Colvin, TPL children’s librarian, said the 4- and 5-year-old children know and hopefully understand that we should all take care of the world that we live in.

“And, there are many ways that, even young children can help build a better world,” she said. “On Monday, the young ‘readers’ participated in reading activities and several hands-on building or constructing activities.  We had a good time and learned a lot.”

The focus of storytime was on the “construction” theme. Colvin read the children the story of the “four” little pigs, and that’s right – four, not three. The children constructed houses made of straw, sticks and study wood blocks.

Colvin said the children had some very creative ideas about the construction of new houses for the little pigs and seemed sympathetic to their causes.

“We played a bowling type game where the children tossed a ball at a cup pyramid to see how many cups they could knock down,” she said. “They got to knock down a ‘house,’ much like the houses that belonged to the three little pigs’ that got blown down.”

The children will probably be eager to tell the story of the “Four Little Pigs” and parents will surely be amazed at their abilities to tell a good “from scratch” story.