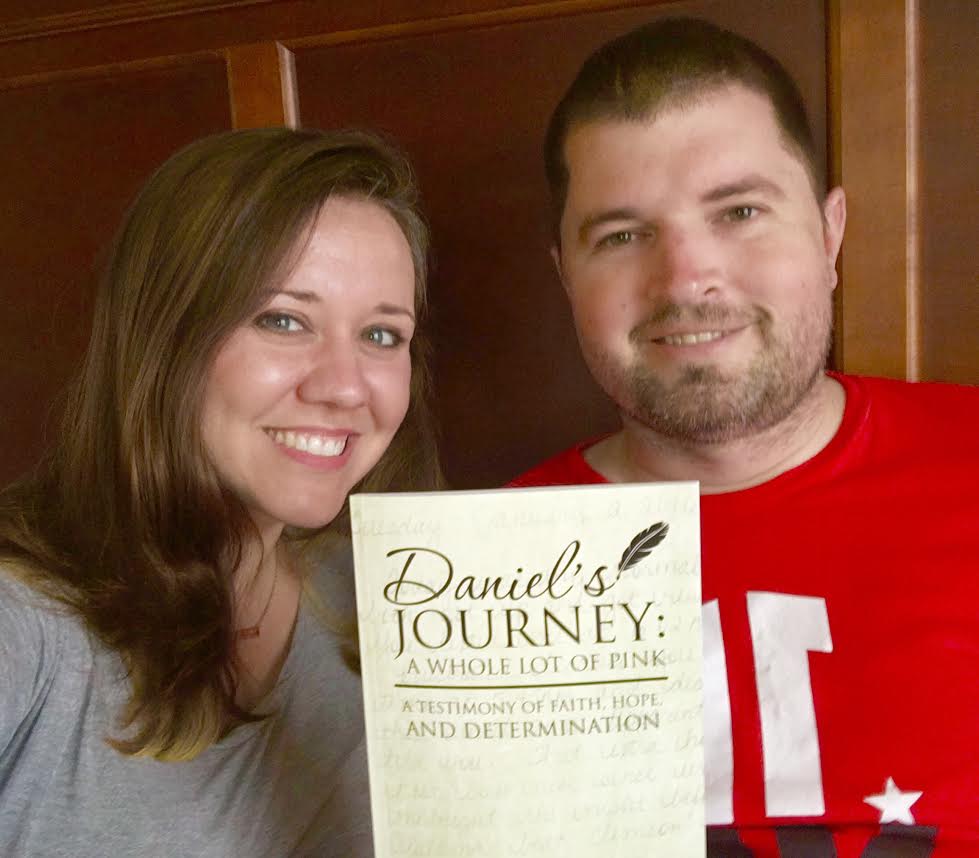 Messenger photo/Jaine Treadwell A book signing for Meredith Locklar-Hatcher of Troy will be from 6 until 8 p.m. Saturday at Sips on the Square in downtown Troy. Her recently published book, titled “Daniel’s Journey” tells the story of Daniel Wesley, a Troy Cable employee, and his journey back from a severe head injury -- a journey of faith, hope and determination. The public is invited.

But on an ordinary January day in 2016, the seeds were sown for the book that she would write.

Her friend Daniel Wesley was two weeks into his job with Troy Cable Company. He was working with a crew in Dothan and cut his hand but not seriously. However, for an unknown reason, Wesley fell back, striking the back of his head on the unforgiving concrete surface.

His coworkers followed the directions of the 911 operator and kept Wesley immobile until an ambulance arrived eight minutes later.

Because Wesley and Locklar-Hatcher both worked in Troy, she was listed as the emergency contact. She rushed to the Dothan hospital having no idea of the seriousness of the injury.

that side of his skull had to be removed.”

Locklar-Hatcher joined Wesley’s parents, Craig and Wanda Wesley of Greenville, in a constant vigil in the 30-year-old’s hospital room.

“I couldn’t leave him,” Locklar-Hatcher said. “I just had to be there, for him and for me.”

She began a daily handwritten journal that chronicled every change in Wesley’s condition and those changes seemed to go from bad to worse.

“Between the surgeries, Daniel had a stroke that affected his vision,” Locklar-Hatcher said. “We were told that he could be blind and he could have other physical handicaps. He might not be able to communicate. Daniel could also be affected emotionally and have

Locklar-Hatcher chronicled each change in Wesley’s medical condition, each concern, each hope. And, all the while she prayed.

And she posted on Facebook and was uplifted by those who were praying for Wesley and found personal strength in the power of prayer and strength in the belief that Wesley would come though his trials victorious.

Wesley spent several weeks in critical care at Southeast Regional Medical Center followed by three months in rehab at Shepherd Center in Atlanta. And, the devastating things that could be, were not.

“Today, if you didn’t know what Daniel has been through, you couldn’t know just by looking at him,” Locklar-Hatcher said. “Daniel’s story is one of faith, hope and determination. It shows how good God is.”

Locklar-Hatcher’s book titled “Daniel’s Journey: A Whole Lot of Pink” includes selections from her journal handwritten during his 18-month journey of faith, hope and determination.

The book is only a small part of the journal, Locklar-Hatcher said.

She went back through the journal and highlighted, in pink, the most critical times in his treatments and recovery and the times that her faith, and his, were tested and strengthened.

Those who would like to visit with Locklar-Hatcher may do so at a book signing from 6 until 8 p.m. Saturday at Sips on the Square in downtown Troy.