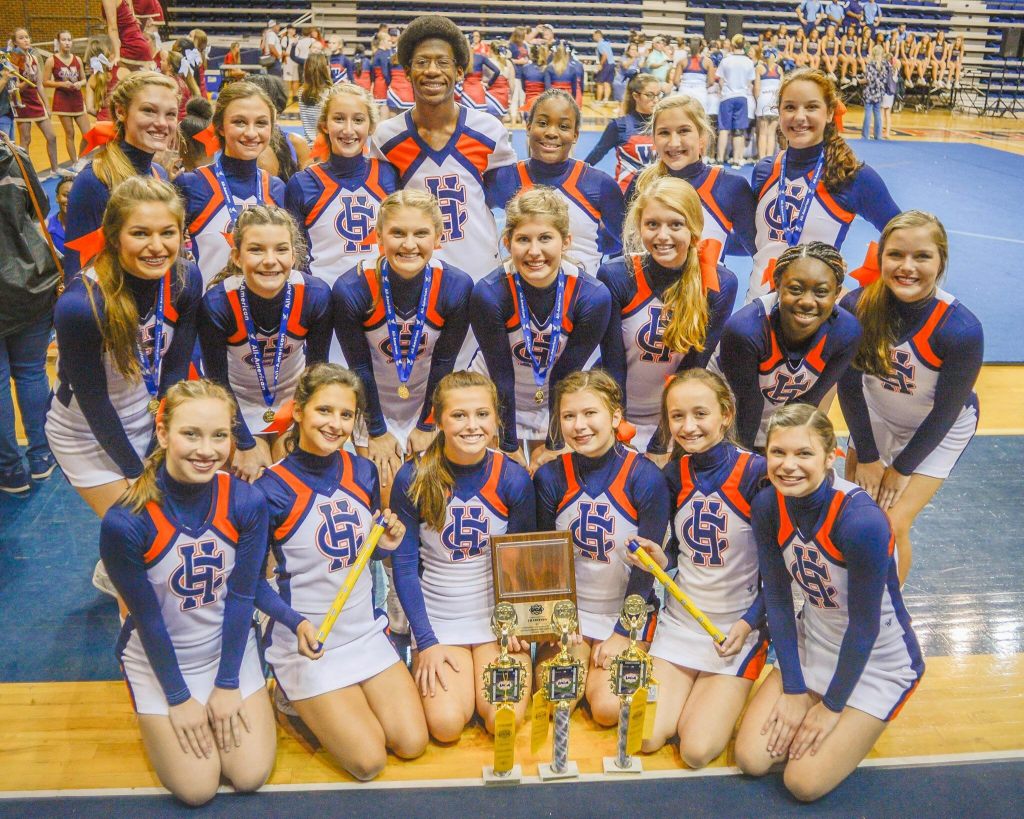 Each day they were evaluated on something they learned that day and received superior ribbons.  They also received the spirit stick each day while at camp.

The squad also won the “Traditions” award, an award voted on by the UCA staff at camp and given to the squad that demonstrates the most leadership qualities on and off the field.

“As a coach, this award means so much, because I know that others see how special this team is and what great leadership skills they have,” said Michelle Armstrong, head coach.

Six of the girls also made UCA All-American Cheerleader. Each girl had to perform a jump, cheer and dance for the UCA staff to judge.

The Charles Henderson Middle School (CHMS) squad went on the trip as well.

“This was everyone’s first UCA camp, coaches included, so we were very proud of their hard work,” said Emily Grant, head coach. “Our girls competed against five other junior high squads and placed in every category.”

“The girls also received gold ribbons in all of their evaluations throughout the week, which indicates that they are game day ready in all of the categories,” Grant said.