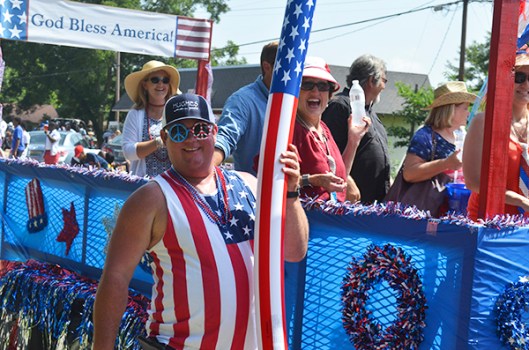 At the annual “anything goes” Meeksville parade, everything has come and gone– from traditional parade floats to horses and buggies to four-wheelers, golf carts and motorcycles. At bottom right, 7-year-old Jayden Stephens poses for a photo as the parade proceeds in the background. Inset: Luke Jones (left) and Tommy Deveridge (right) said they’re regulars at the parade and wouldn’t miss it for anything. 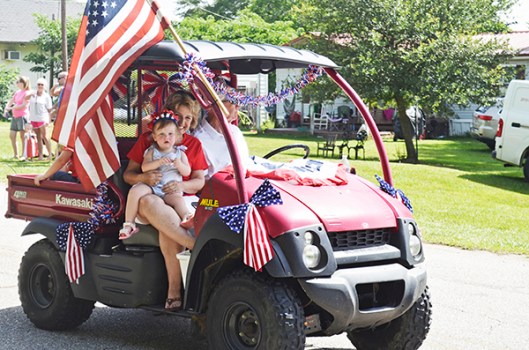 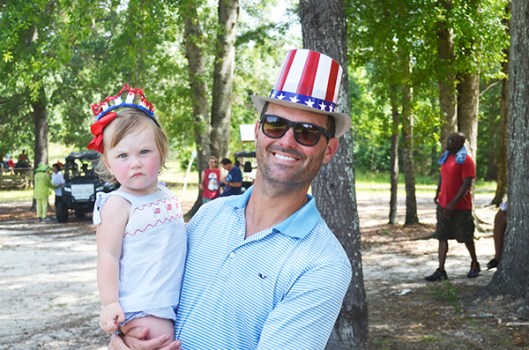 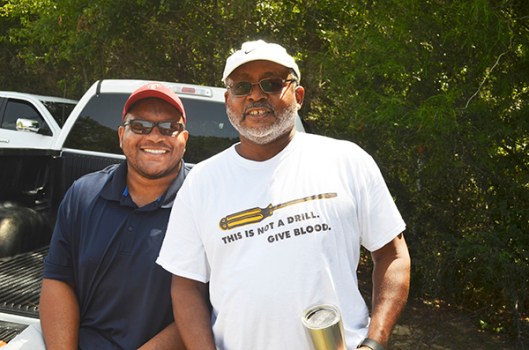 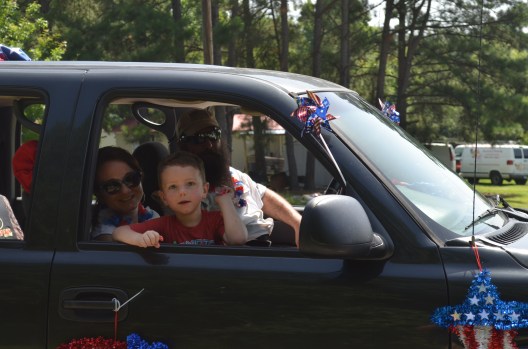 Tommy Deveridge and Luke Jones said they wouldn’t miss the Meeksville parade for the world.

“It has a great family atmosphere, plus a lot of great candy,” Jones said.

“And we get to celebrate our great history of being independent,” Deveridge added. “A lot of people take it for granted.”

Plenty of people still do appreciate it though, as evidenced by the hundreds of people along the roadside taking time out of their holiday to sit out on a hot summer day and enjoy the parade.

The annual parade, which first began in China Grove before moving to Meeksville, is open to all kinds of entries from traditional parade floats to horses to four-wheelers and motorcycles.

No matter what kind of vehicle they came by in, they were throwing plenty of candy for everyone.

The parade stretched from the Meeksville Volunteer Fire Department to the Harmony Community Park, where some of the spectators gathered afterwards for a plate of barbecue and drinks.