Green to serve as grand marshal of Meeksville parade 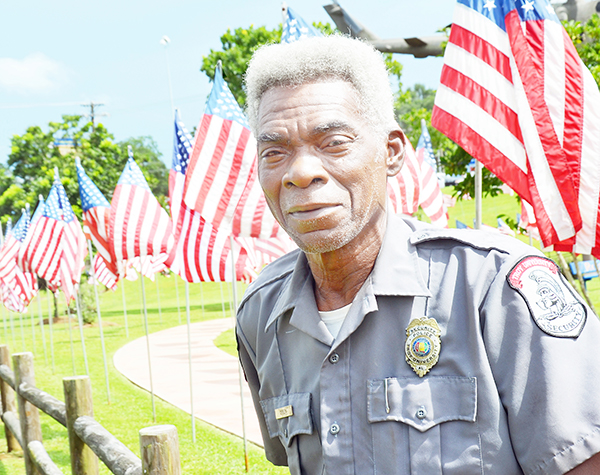 SUBMITTED PHOTO Will Oscar “Pop” Green, Sr. has been named the Grand Marshal of the 2017 Fourth of July Parade in Meeksville on Tuesday. Green is a Vietnam vet and retired from the Fort Rucker Fire Department. He now works with Troy University. Lineup for the parade begins at 9 a.m., and the parade starts at 10 a.m.

Will Oscar “Pop” Green, Sr. has been named the Grand Marshal of the 2017 Fourth of July Parade in Meeksville on Tuesday.

The annual patriotic parade is sponsored by the Meeksville Volunteer Fire Department, which Green helped to organize. It was the first volunteer fire department for the community he calls home.

Green also served as the first chief of the Meeksville Volunteer Fire Department and remains an active member.

The residents in and around Meeksville helped raise money for a volunteer fire department.

“We had some fundraisers and the community donate to us,” Green said. “Some of us were carpenters and could work on the a fire station building. That kept the cost down some.”

The Meeksville Volunteer Fire Department took its place in the community around 1986 and began providing much needed and greatly appreciated fire protection service.

On the Fourth of July, the volunteer fire fighters and the Meeksville community will honor “Pop” Green for his dedication to the community.

Green is a veteran of the war in Vietnam. He retired from the Fort Rucker Fire Department in 2006 after 26 years. He now works with Troy University as a traffic monitor.

As a patriot, Green said he is honored to be the Grand Marshal of the 2017 Fourth of July Parade.

“This is the first time that I’ve been a grand marshal or anything like that,” Green said. “I’m proud to do it. I want to do anything I can to help people and my community.”

Green said he doesn’t know what “chariot” has been designated for him to ride in the annual patriotic parade.

“But I’ve got a new Cadillac Escalade and it would suit me all right to ride along on it,” he said, laughing.

The Fourth of July Parade at Meeksville is set for 10 a.m. on Tuesday.

Line up is around 9 a.m. Pre-registration is not required but appreciated. Those who are not registered should “just come on and line up”

The parade will lineup at the Meeksville Fire Station. The parade route will be from the fire station to Harmony Community Park.

The Meeksville VFD will have chicken and pork barbecue plates for sale for $7.