ON STAGE: Kids step into spotlight in BHS theater workshop 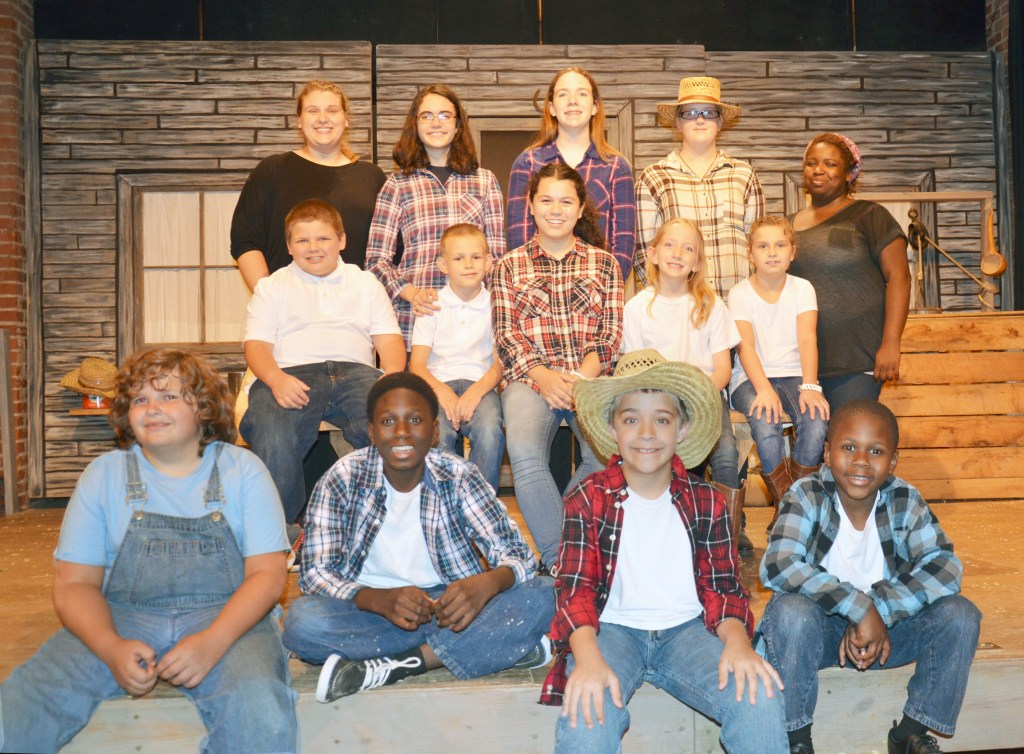 The Brundidge Historical Society hosted a free, three-day theater workshop for ages eight through 13 this week with a preview of talent to come to the stage of the We Piddle Around Theater Wednesday night.

“This is the second year the BHS has sponsored a free theater camp for kids,” Foster said. “Tori Lee-Averett, chair of the university’s Theater and Dance Department, recommended Payton and Raquel to us and they did a great job. Hopefully, the theater workshop is something we will be able to continue to do. The workshop is new to us and it’s a learning process. But we believe it will grow as we provided theater opportunities for kids who are interested in theater.”

Foster said it was good to see upcoming talent and hopefully the workshop will be an encouragement for kids to participate in theater.

Buchin and Cole said the workshop was a good learning experience for them as well as for the kids.

“It’s a hands-on opportunity for us and we had a great time with the kids,” Buchin said.

Cole said, for most of the kids, it was their first time to be on stage.

“Some of them were nervous about the performance, but the workshop was a chance for them to experience what theater is like on a small scale,” she said. It’s a good learning experience.”

Gus Galloway said he had a great time and looks forward to being back on stage.

“This was the second time that I’ve been to the workshop and I go to Spotlight Camp at Troy,” he said. “I’ve been in five plays and I really like it.”

Riley Brooks said she was nervous at first but got over it in a hurry.

“I wanted to do this and it was a lot of fun,” she said. “I want to be in the play. I like acting and singing.”

Mernette Bray, chair of the BHS play committee, said the young people who have performed at the We Piddle Around Theater over its 16 years have benefited greatly from their experiences.

“Some of them have gone into theater and others into music and art,” she said. “Some of our ‘kids’ are in business, some are in education and some in the ministry. A couple are in law school, several in college and some are married with children of their own. We are proud of all of them.”