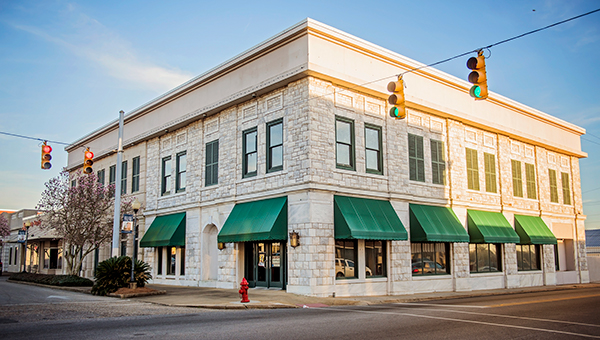 Messenger Photo/Jonah Enfinger The old Regions building has been standing vacant on the Troy Square for over a year now, but it finally has an owner in the Troy University Foundation.

After sitting vacant for over a year, the former Regions building property on the Square has been purchased by the Troy University Foundation for $535,000.

“We are proud to be a part of the ongoing revitalization of downtown Troy, and we hope to bring additional energy and vitality to the great things happening in the downtown business district,” said Walter Givhan, senior vice chancellor for advancement and economic development. Givhan serves on the foundation’s board of directors.

While plans are still being developed for its use, university officials said the building will have both academic and outreach roles, and an announcement will be made in the “near future” concerning the specific uses of the building.

Earl Ellis of Landmark Realty said the business has had the property listed for over a year and a half now and had many entities interested before finally making the sale.

“We did have a good bit of interest in the property with some very different uses in mind, and every one of them would have been good,” Ellis said. “We even had some banks and school systems talk to us, but they didn’t materialize. But Troy University has been talking to us for quite some time and it did finally work out, so we’re proud of that.”

Ellis said the property is the largest piece of single property in downtown Troy at almost three quarters of a block.

“They actually bought more than one building,” Ellis said. “The property consists of several buildings. At on time there were two banks side by side and then of course other businesses behind it at one time.”

Ellis said the property offered some unique architecture features, still in place since the building was constructed.

“Part of the building is still in its original condition, which is quite unique,” Ellis said. “For example, there are actually still some old skylights that used to open out through the roof that gave light into the building.”

The foundation seeks to gain meaningful financial support from private sources as an essential supplement to legislative funds, students’ fees and federal grants. It is committed to an active program to attract contributions from foundations, corporations, and individuals.