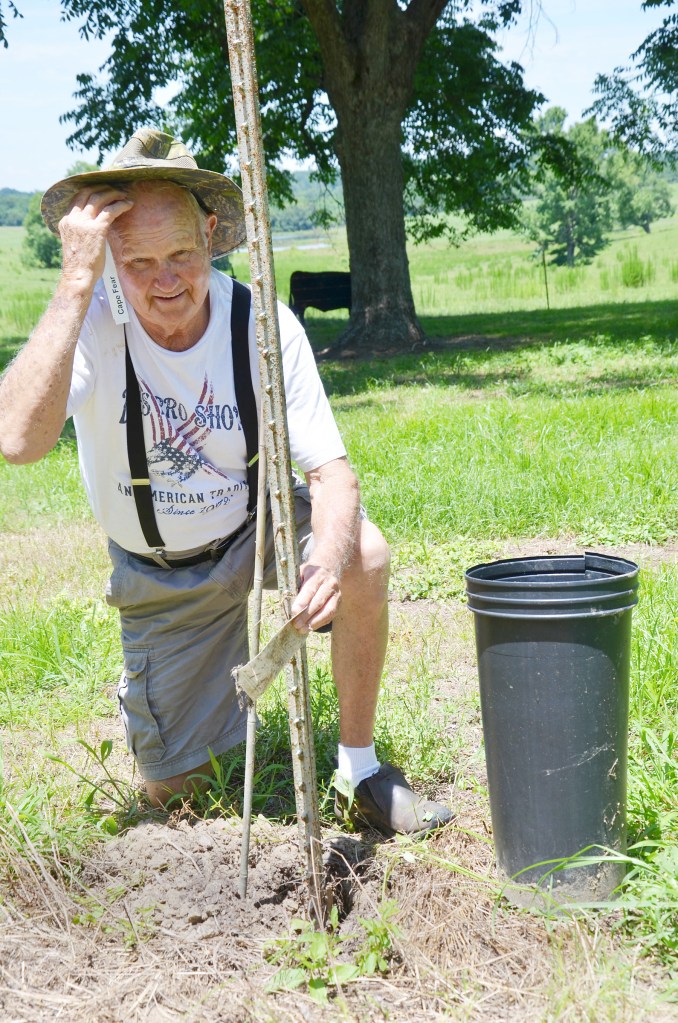 In today’s world, nothing much surprises John Sutton of Brundidge. But when he found that several trees in his pecan orchard had been stolen, he could only scratch his head and wonder who... and why?

Nothing much surprises John Sutton of Brundidge. But when he found that several trees in his pecan orchard had been stolen this weekend, he could only scratch his head and wonder: who and why?

He felt a little “ill at ease” calling the Brundidge Police Station to report a theft of property on Sunday morning, after discovering that four trees had been stolen from his carefully cultivated pecan orchard on Highway 10.

Normally, he would have been angry but he was more puzzled – maybe even amused – and almost hesitant to report that someone had stolen his pecan trees.

Sutton said when he made the report the response was “they’ll steal anything these days.”

“And, I reckon that’s right,” Sutton said. “I couldn’t believe that somebody had come out to my pecan orchard with a scoop and stolen four of my pecan trees.”

Sutton’s trees were three and five years old. They stood between four and five feet tall with  “pretty good” root systems. Two of the trees were of the Cape Fear variety and the others were Elliots.

“Whoever got the trees had to do some work to get them out of the ground,” he said. “I had buckets fixed so I could water the trees when it was dry and the buckets were thrown to the side along with the stabilizing rods.  I’d never thought that anybody would steal a tree, but now I know they will.”

What the thief or thieves didn’t realize was that they left shoe prints in the dirt they had dug and thrown to the side. The prints could be used to solve the crime.

“I go out every morning and every afternoon and check my trees,” he said. “So, I was out there Saturday afternoon and back again Sunday morning. Every day I pick up the sticks and walk around in the orchard. I keep the grass mowed just about every week.  I try to take good care of the trees.”

Sutton has about 70 pecan trees of different varieties in his orchard, which he started after Hurricane Eloise played havoc in the area in 1975.

“I take good care of my trees. I keep them fertilized and they produce good pecans and people know it,” Sutton said. “The orchard is right on Highway 10 and I guess somebody took the opportunity to come down here and dig up the young trees, thinking they would have good producing trees.”

However, Sutton said pecan trees should be planted in the fall, not in the heat of the summer.

“I would be surprised if the trees live and, if they don’t, whoever got them just hurt me and them,” he said. “I lost trees that had good starts and three to five years’ growth and they, well, they stole (the trees) for nothing.”