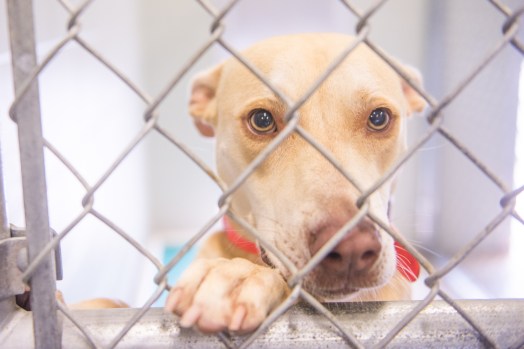 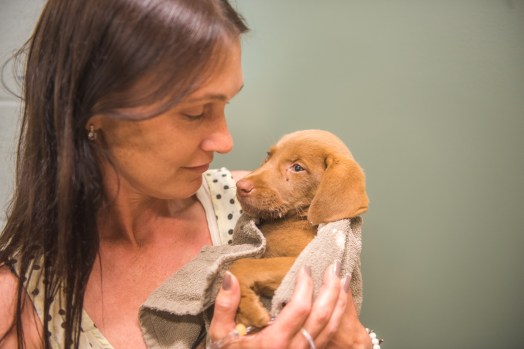 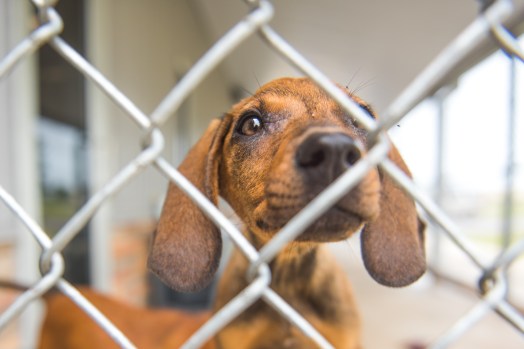 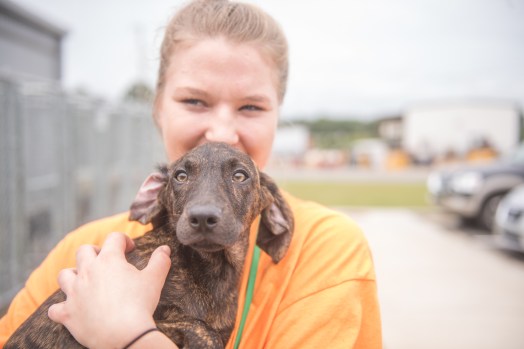 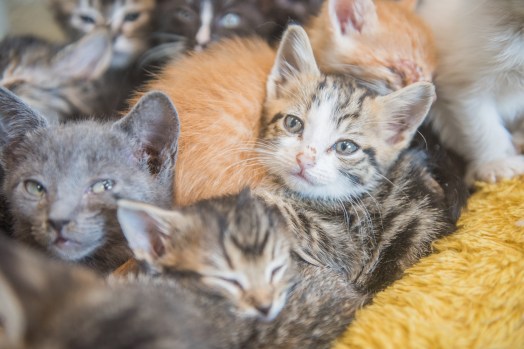 The kitchen, the bathrooms, the closets – every room at the Pike Animal Shelter has become a kennel. A few dogs even roam free in the halls or the lobby. Two sick dogs are hooked up to IVs in pet carriers. The isolation room, where sick dogs should be, is filled with nearly 15 healthy puppies.

Meeks has been working with animals and shelters for most of her life, and she says this is one of the worst years she’s ever seen.

“The biggest thing is we’re seeing a lot of owner surrenders,” Meeks said. “People are literally going on vacation and deciding they don’t want to keep their pets anymore. We’ve had a huge influx of unwanted animals. We’ve taken in 50 dogs in the last week alone. We’re just overcrowded.”

Meeks said a confluence of issues has contributed to the overcrowding.

“We’ve picked up some strays, but nobody is calling for these animals,” Meeks said. “They’re just being dumped and thrown out like trash. Before we opened, people didn’t have a place to take their animals. Now they ride by every day and say ‘Hey, we can take them to the shelter and throw them out.’ There’s a lack of responsibility.”

And at the core of the problem lies the sheer number of pets in the county, she said, citing the number of puppies being surrendered. “The issue is not spaying and neutering,” Meeks said. “If you need help, contact your local shelters. If it’s a money issue, reach out and get help. Don’t just let your pets keeping having babies.”

Because of the influx of animals, Meeks said the shelter is on the verge of having to begin euthanizing some of the animals. “We haven’t put down any dogs so far,” Meeks said. “But we’re (very) close. Unlike most shelters, we’re trying to be a no-kill shelter, but there are not truly no-kill shelters. We’re doing the best we can but at some point you have to start making some decisions.”

Meeks said volunteers have been working with rescues to transfer animals out of the Troy shelter and have shipped some animals out to Florida and even a few to Ohio and Michigan. But those efforts aren’t enough.

“We need more fosters,” Meeks said. “It’s extremely important to get them out temporarily. The more volunteers we have, the more animals we’re able to save. We need fosters to step up big time. That’s something temporary until they can leave to go to transport.”

Foster volunteers agree to take-in shelter animals for a fixed amount of time, until a permanent home or another shelter can be found for the animal.

“The amount of food, litter and Clorox we go through is astronomical,” Meeks said. “Those are some of the most important things we use. And we can’t survive without our volunteers. These guys are amazing, but we could always use more, whether it’s on weekdays weekends or whatever.”

Another way to help the shelter return to a manageable census level is for more people to come in to adopt animals and keep them, Meeks said.

“If you’re interested in adopting, contact us or walk in,” Meeks said, adding that people who are not committed to the adoption process can cause problems for the shelter. “People will come in and adopt an animal and then bring it back because it’s too hyper or doesn’t fit with the family.”

Meeks said adopting is the solution for anyone looking for a pet, pointing out that buying from breeders contributes to the problems the shelter is having.

“They’re just adding to the problem,” Meeks said. “Just the other day five pureblood dachshunds were dumped on the side of the road by a breeder because they were missing half their tails and they knew nobody would take them.”

To contact the animal shelter about adopting a pet, becoming a foster or donating supplies call 334-674-2422 or walk in at their location at 800 Henderson Highway.